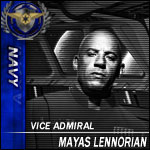 Coruscant (INB) - Under the solemn gaze of Lord Admiral Graeda L`Annan, the Imperial Navy re-dedicated the former flagship of the 5th Fleet the 'IMS Lennorian'. As gunboats and TIE-fighters streaked outside the main viewscreen in an aerial display of Imperial prowess, subdued cheers erupted from the bridge of the Executor-class vessel orbiting Kuat. This rare re-dedication ceremony was held this week to honour fallen Vice Admiral Mayas Lennorian.


"This ship is a monument to the strength of Vice Admiral Lennorian's character and to those who serve aboard," Lord Admiral L’Annan said at the rededication ceremony, the first such ceremony presided over by her since her installment as Commanding Officer of the Imperial Navy. "The officers of the IMS Lennorian will serve the Imperial Navy as proudly as its namesake served the Empire," the Lord Admiral continued. "We rededicate this epitome of Imperial engineering in honour of Vice Admiral Mayas Lennorian, who valiantly served as the Fleet Commanding Officer in the 4th and 5th Imperial Fleets. He later went on to serve as Navy Logistics Officer under the tenure of Lord Admirals Faol Sean and Jacen Varos before honourably retiring from service. A mentor to many, a friend to few, but an Imperial to all. He will be missed, but his name and legacy will live on." 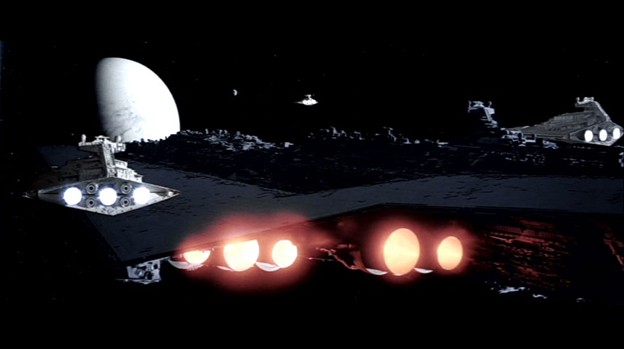 The newly rededicated IMS Lennorian accompanied by the 5th fleet just beyond Kuat.

Several speakers were then invited to commemorate Vice Admiral Lennorian as the ceremony was broadcast live to large viewscreens lining the main Imperial plazas below. Former Lord Admiral Faol Sean recalled: “[Lennorian] would never accept giving anything but his full dedication to his Fleet and stepped down when he could no longer meet his own exacting standards. In a communication from him on his retirement he even said: ‘My friends in the Galactic Empire deserve 100% from me, and that's why I have to leave you all for some time.’ I tried hard to talk him into staying and working at a reduced capacity, but he would give none less than his all”. Grand Moff Zhaff Orikan cited the Vice Admiral’s fatherly role and introduction to leadership as touchstones to his career. “I have no doubt that without him, I would not be in this position now.” 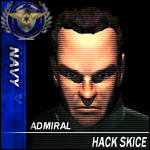 Further memories were shared by former Moff Hack Skice. "I met Mayas Lennorian many years ago and had the singular opportunity and honor of working directly with him on multiple occasions. I was impressed with his qualities as a man and an Imperial Officer. Honor, duty and example were the words that guided his life and career. He was always an officer willing to step up on behalf of his men, his fleet, the navy and the Empire."

Visibly moved, Skice continued: "As Moff, I can only say I was lucky to have him with me, giving me his advice and opinions to make sure Deep Core was a secure place for all Imperial citizens. As a fellow Navy Officer I was a direct witness of how much he cared for the men under his command, always leading by example. And as his superior officer, I only have admiration for a man who loved his fleet like he did. He was a man of great courage and strength, a man with an admirable drive to serve and protect the Empire. Mayas, we will remember you and miss you."

After the eulogy and ceremonies to raise the Navy Ensign flag, Lord Admiral L’Annan presented Lennorian’s admiralty sword to his family. The ship's crew manned their stations and a flyby of eight TIE squadrons in tight formation then welcomed the rededicated IMS Lennorian to Imperial service. “Losing a fellow officer is something that every serviceman has to be prepared for,” L’Annan addressed Mayas' family. “Many of us have felt the pain first hand, but you never get used to it. Vice Admiral Lennorian’s death is a loss that is deeply felt by all of us and we will be forever indebted to him for his long service.” L’Annan concluded, “Some will look at this Destroyer and see only its massive war capacity, but it is much more than that. The IMS Lennorian is a symbol of our Imperial duty and dedication to the ideals of the New Order. And through this rededication, we recall the service of a man who embodied the living spirit of the Imperial Navy”. 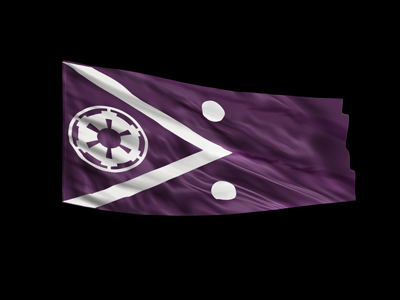 Lennorian’s 5th Fleet ensign was also raised in his honour.

Memorials may be made In Memory of Vice Admiral Mayas Lennorian to 141 Fallen Heroes Ct, Coruscant City, Coruscant 51911-1021, or by hololink at this link.