The crisis of the three hundred Wookiees seized from Kashyyyk has ended with their release. Late last year, a clandestine humanocentric group snatched the Wookiees from their homeworld during Black Forest Day commemorations. The humans accused the Wookiees of being anti-human terrorists.

The humanocentric group has freed the Wookiees, leaving them at an unidentified space station. The anonymous human group delivered the following press release to this reporter:

The 300 Wookiee terrorists who we arrested on Kashyyyk on Black Forest Day have accepted a plea bargain. They have pleaded guilty to conspiracy to commit violence against humans. They were sentenced to pay a large fine. Their fine was paid in the waning days of the New Republic by Republican supporters of Wookiees.

The 300 convicted Wookiee felons have been paroled and released in good health. They have been resettled on a factory station in deep space. We hope that they will rehabilitate, become law-abiding and productive civilians, and rejoin the broader galactic community soon. 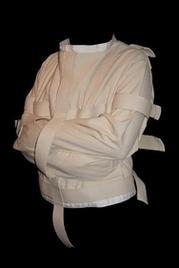 Sanctuary Prime’s leader should wear this straightjacket. His artificial arms apparently have made him unhinged.

Our cause is succeeding because it is just and humane. Contrary to the allegations of demagogues, we have never claimed to be human supremacists. We stated before and now reaffirm that we are defenders and promoters of the human races. That does not make us supremacists or racists. We are pro-humanity, without being anti-alien.

We are the only humanocentric entity in the galaxy. The Empire has abandoned humanocentricism. Imperial leaders are racketeers who neglect the human races. We're creating opportunities for humanity. Therefore, the Empire will become weaker as an exodus of its human races join us to gain the prosperity and freedom the Empire refuses them. Humanity deserves better than Imperial oppression.

Our intelligence operatives are keeping the Emperor under intense covert surveillance.

Our next mission is to incorporate. We of the human races are creative, and we will launch innovations. These will include business incubators, compensation for ideas, and a new currency. We also will deploy T-24 surveillance satellites in strategically located systems of the Empire. We will share their sensors with the Empire's opponents, regardless of race.

The human revolution is beginning.”

Many sentients learning of the Wookiees' release have reacted with relief and jubilation. Others are bitter that the Wookiees' release required a payment, which some consider a ransom. Some skeptics, perhaps conspiracy theorists, question the veracity of actions by the human group. From the beginning, the incident has provoked a range of reactions.

The statement of the human group has political ramifications, and creates intrigue. The group appears to regard itself as human separatists. The group opposes the Empire while stopping short of embracing any military action. A rivalry without war. A human separatist movement adds a twist to political developments following the recent collapse of the New Republic. When a political vacuum occurs, motley interest groups emerge.

Also noteworthy about the human statement is its redefinition of humanocentricism. It advocates benign advancement of the human races. The humanocentricism of the previous generation, under Emperor Vodo Bonias, was zealously racist. Many blamed that aggressive Imperial humanocentricism for the confrontation causing mass deaths of Wookiees on Kashyyyk in Year 6. In contrast, the human group rejects racism and human supremacy. Humanocentricism has evolved liberally.

Kashyyyk forges onward, now transitioning to its Imperial governors. The crisis of the three hundred Wookiees has concluded. The disruption it created may recede into history, or may develop in unpredictable ways.

Editorial note:
The previous article of this reporter regarding the detained Wookiees generated some criticism directed at my publisher, Dukha Industrial. However, my articles do not express the opinions of the publisher. 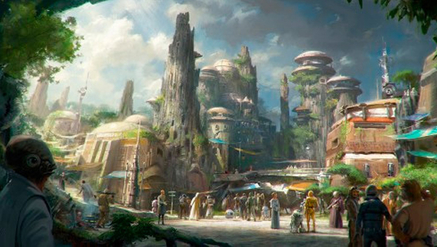