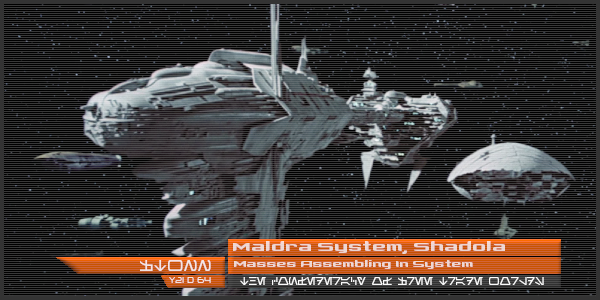 On Day 62 of Year 21, the Shadolan Authority, Cantrell Conglomerate, and the Gordian Reach Authority signed the Novingrad Accords to create the Confederacy of Free Trade Worlds. The intentions of the new confederacy are to foster mutual economic growth and to support free trade throughout known space. Empress Aylee Stewart of the Shadolan Authority, Guildmistress Avelyn ca Vella of the Cantrell Conglomerate, and Consul Bossive Ketwol of the Gordian Reach Authority met inside the Kharitonov Palace in SAE Novingrad on Maldra IV for the signing of the Accords. The agreement cements their alliance, which not only encourages increased commerce between the groups, but also fosters friendship. The Confederacy is sharing some of the new public domain datacards amongst its members, hoping to get this technology into more hands than before.

The discussion to start the Confederacy had gone on for weeks, originally between Empress Aylee and Guildmistress ca Vella, with ca Vella personally reaching out to Bossive Ketwol, the Count of Serenno after realizing exactly what they wanted to build together. The Count had previously expressed interest in a neutral alliance based on friendship and trade, and when the Empress and the Guildmistress decided to expand their friendship to a more formal alliance, it was natural to invite Ketwol and his people to the table. 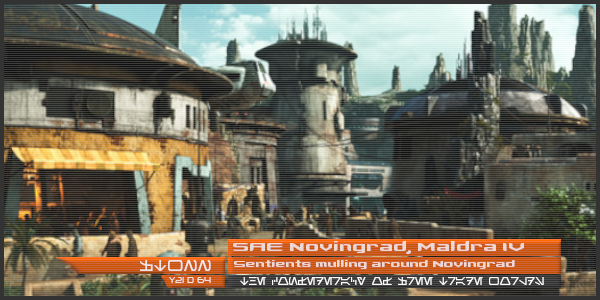 After the Accords were signed, the founding trio held a press conference where reporters picked their brains for their thoughts and desires for their new alliance.

The three individuals departed shortly after the signing and the press conference, but luckily our interviewers were able to get some words in with the Guildmistress and the Empress before they entered the palace. From the Guildmistress, we learned that she believes free trade should be actively encouraged throughout the galaxy, and without worry. She provided the following statement:
“Blacklisting certain trading partners not only prohibits this, but we also don’t feel it is an effective deterrent to trading malpractice, and that's why we don't believe in it. We don't acknowledge any trade bans as legitimate, and practice free commerce throughout the known galaxy. Our Confederacy is the start of something great, something that I hope will bring more groups to our cause of friendship and free trade.”

Empress Aylee informed us that the Shadolan interest in the alliance was to reaffirm their neutral stance in the galactic conflict, and that both she and her cabinet of advisors believe in a political alliance where all members have an equal voice and influence in alliance affairs.

Fashionably late, Count Ketwol gave a brief statement between interruptions from his many Jawa assistants. “We of the Reach care deeply about the inclusion of all people in the galaxy. I have proven my ideals that I will provide assistance to anyone in need. With this alliance, we are building a fabulous foundation that we can all utilize to grow together not only economically, but also socially. Stay tuned to the new tech we have coming soon or come visit us at any time, Ubanya.” 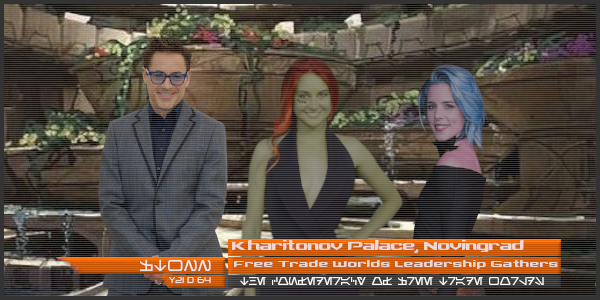 The Confederacy of Free Trade Worlds is a neutral alliance in the Galactic Civil War. Members of the Confederacy promote mutual economic growth amongst themselves while sharing common political ideals.

The Confederacy of Free Trade Worlds founding members include: