Bes IV - Reports of the widespread murder of elderly Eidolan retirees by law enforcement officers from the Galactic Alliance has spread throughout the galactic south. Sadly, with the important recent wave of news regarding the Galactic Civil War, the “Eldercide of Bes IV” has gone largely unnoticed. 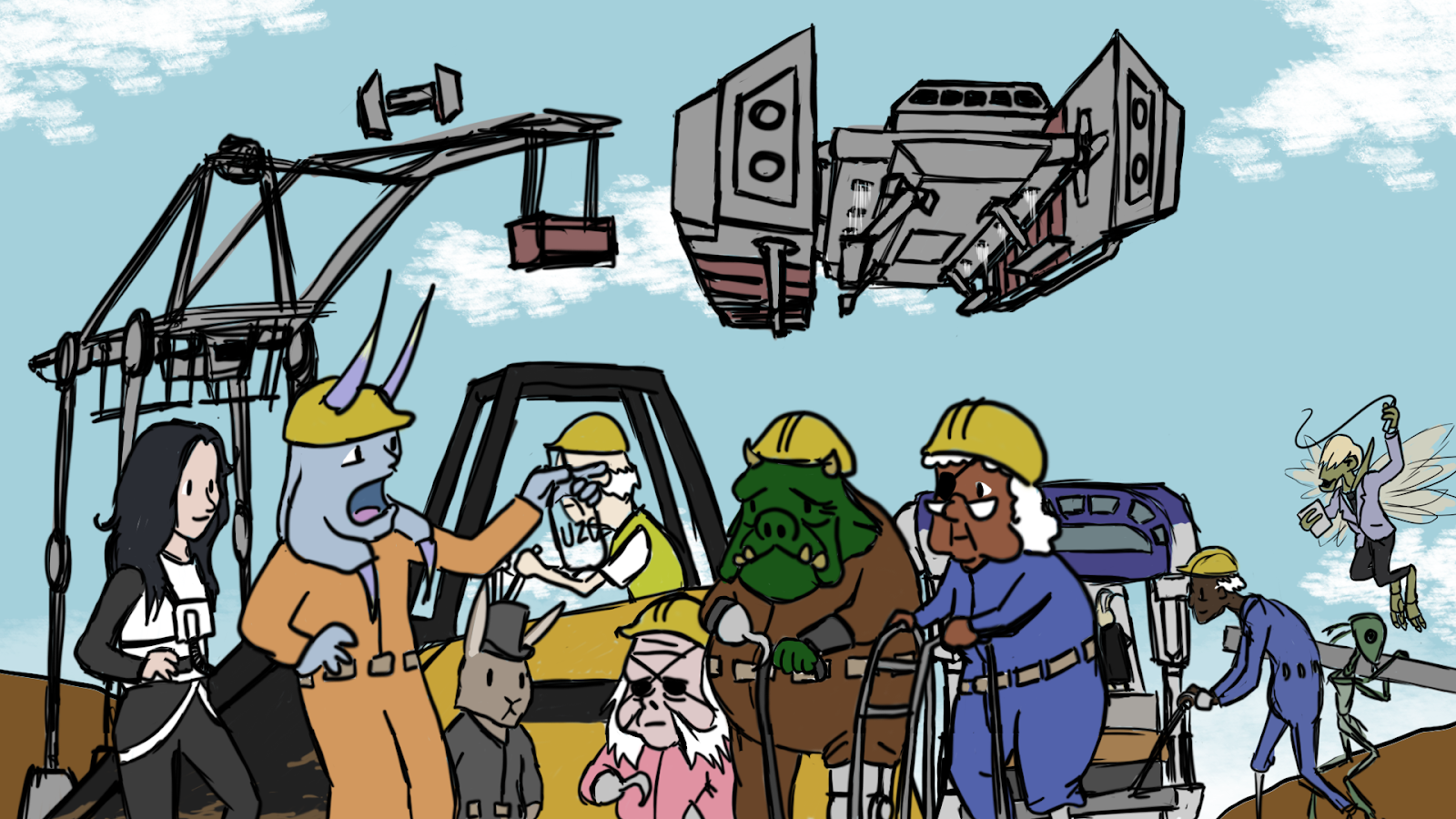 Early in Year 21, the Pirate Queen Syn was mulling reports of widespread unrest in the elderly population of Sevarcos. Upon visiting the southern reaches of her kingdom, Syn was confronted with protests from elderly Eidolans regarding the overcrowding of the Sevarcos system. Rebuffing Warlord Squall Chitose’s suggestion that she cut off their tongues to prevent further complaining on the grounds of it being “tedious” to remove millions of tongues, Syn appointed a taskforce to handle the situation.

Having successfully evacuated a population from Sevarcos years earlier, Carl Warrington was tasked with the job of finding a suitable living space for the Eidolan retirees. The protesters demanded ample space to pursue outdoor hobbies with special consideration for a large faction of nudists. These requirements necessitated a temperate world with breathable air, with particular emphasis on the planet being able to support apiaries. Bes IV was a favorite choice among the elderly, being not too distant from Sevarcos and with a system name that “sounded almost like bees.” Once the planet had been selected, Warrington consulted with his crack team of strategists, consisting of Argon Nightwish, Tsin Vus, and Syn, and settled on a plan to appease the geriatric malcontents. 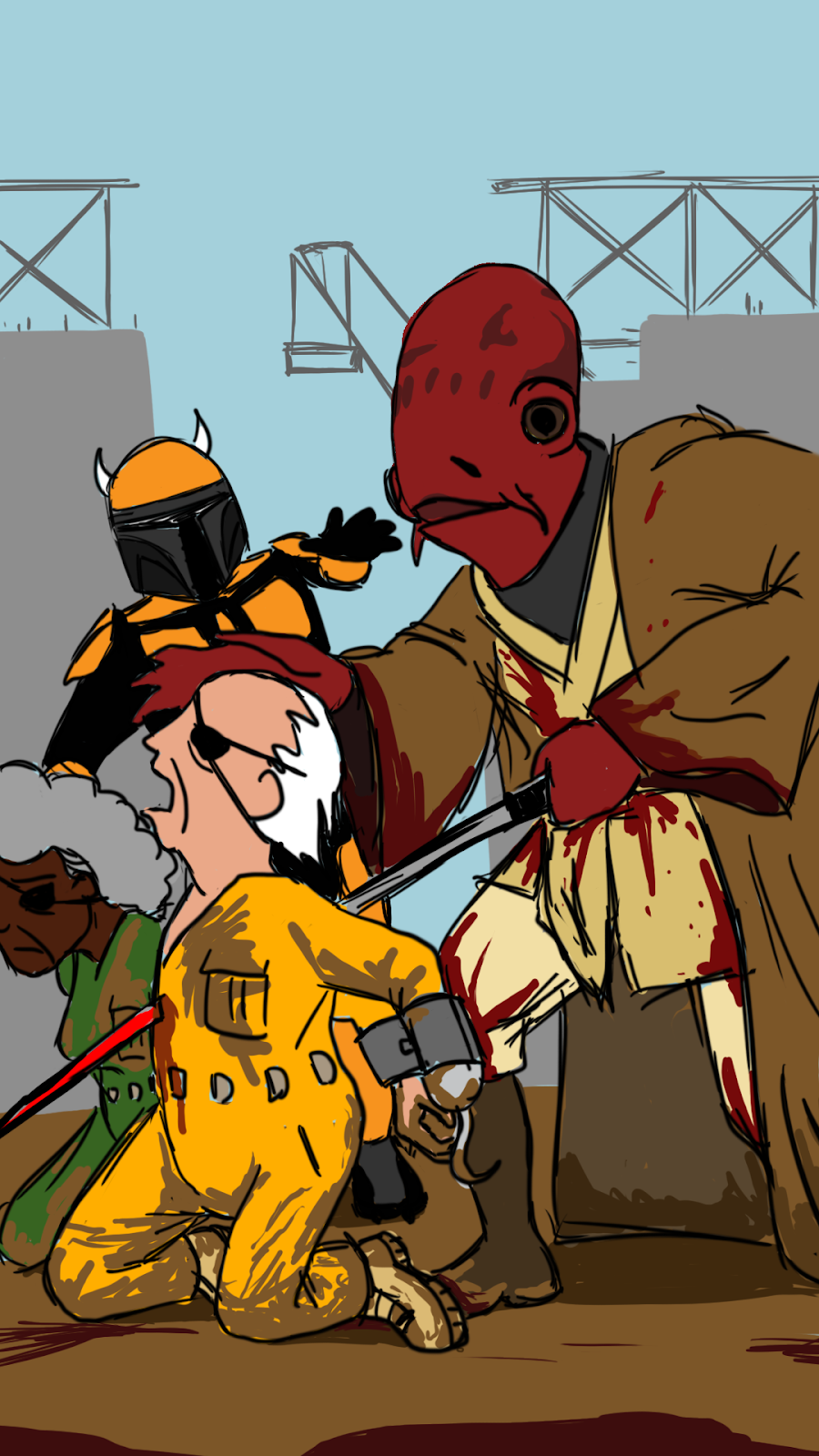 The final plan consisted of ten ranking members of Eidola traveling to the Bes system and directing the construction of two cities filled with high end senior living equipped hotels where the elderly Eidolans could live out their golden years in peace and relaxation. However, with multiple large-scale building projects in Sevarcos ongoing, no younger builders could be spared to construct their dwellings. Consequently, the seniors were required to build their own hotels, some in hoverchairs, some with only one leg, and most missing one or more eyes. Sentient rights and labor activists have since decried the actions of Eidola as “cruel and dangerous” as well as “really dumb.”

The plan was now set, but efforts to begin construction on the new retirement homes were somewhat delayed by Eidolon Deric Adams drinking too much rum upon the initial hyperspace jump and sending his Mammoth laden with raw materials to Tatooine.

When construction finally started, new problems arose. First and foremost was the fact that Eidola completely ignored the zoning laws of the Bes system put in place by the Rogue Squadron-backed local government. The number of hotels constructed exceeded the number recommended by prudent economists, and furthermore, the influx of new citizens to the Bes IV local elections quickly altered the makeup of the government. As the refugees from Sevarcos’ nudist-shaming streets were born and raised in lawless Eidolan space, they opted to have no government at all, and instead a state of anarchy was selected.

Upon realizing what was happening on Bes IV, Rogue Squadron moved quickly, abandoning the Galactic Civil War in favor of launching an attack against the aged Eidolans whose voting behavior and “public acts of indecency” were causing significant consternation within the local population. Jake Azzameen himself was among the first responders to travel to the planet and, in a move denounced by many elder rights activists, within 36 hours of his arrival slew 3,739 elderly builders as they worked feverishly to construct their dwellings. The death toll increased dramatically in the days that followed as Rogue Squadron was joined by the Rebel Alliance, the Hyporian Commonwealth, the Jedi Order, TIEFE, and even a variety of mercenaries. Indeed, the skies above Bes IV are now dominated by a Home One star cruiser and a swarm of support ships. Political analysts galaxy-wide are shocked by this extreme and unnecessary reaction to a migration of retirees. Some highly reputable news sources, such as the Eidola News Network, are also reporting that Galactic Alliance intelligence initially assumed this was an incursion by the Empire, explaining the strong response.

Once the intention of Rogue Squadron and its allies became clear, Eidola jumped into action, scattering around the planet and founding more than a hundred new cities in which their elderly could safely recreate without need of fearing the bloodthirsty leader of Rogue Squadron, or the perverse demands of the Jedi Order, who have admitted to detaining the elderly for an undefined amount of time for “hugs.” Although these cities have largely been filled with even more hotels, construction has also begun on many tourist attractions to entertain the elderly, such as statues commemorating some of Eidola’s historic great acts. These include a monument called “The Great Phallus,” recalling Warlord Squall Chitose’s infection of million of Ugnaughts with syphilis in Year 19. Numerous parks have also been created in which the elderly can covertly deal deathsticks to each other in fond nostalgia of their miscreant youth.

While the fight for the future of Bes and the homes of Eidola’s retirees continues, it is clear that most of these senior Eidolans have settled into their new homes for good. The population of the Bes system has swelled from around 9 million inhabitants to over 52 million as elderly Eidolans have poured into their new completed dwellings on Bes IV. However, the elderly Eidolans no longer feel comfortable traveling to polling stations outside their cities of residence due to the eldercide, so planetary control will likely pass back to Rogue Squadron and remain in the hands of the Rebel aligned group. Only time will tell what life these endangered elders will be able to make for themselves on their new world.