Ord Cantrell, Fath – The latest news from Ord Cantrell and the galaxy at large comes to you from an BD-3000 Protocol Droid identified by designation Cortex due to circuitry issues still plauging Cheeto-A2, and a flat tire causing Wheels-425 to remain inoperable. Under the restraint of the Cantrell Institute of the Arts, it transmits intercepted communications protocols from within and around the Fath Sector to the wider galaxy. 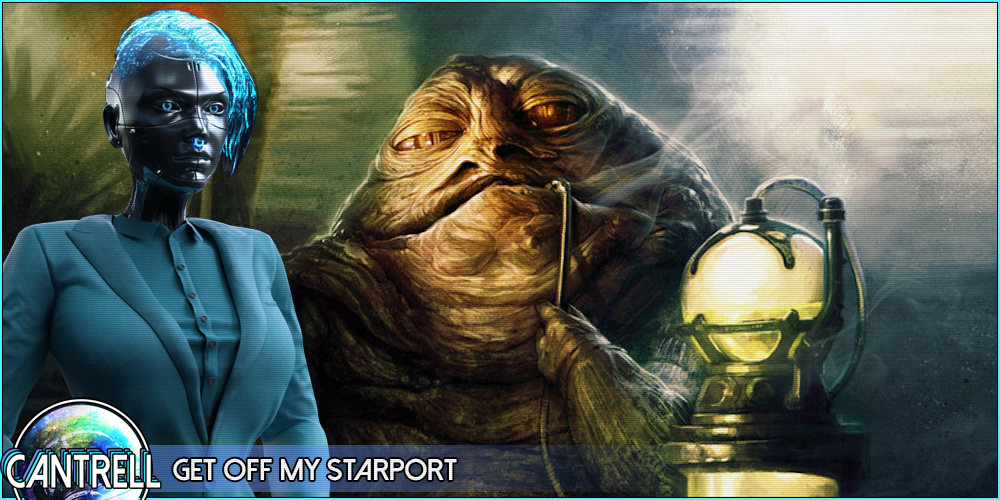 Hutts do what Hutts do best. Hire someone else.

After several negotiations occurred over various weeks, the Hutt Clans of Nal Hutta and the Cantrell Conglomerate reached an agreement to assist in the clean up of malcontent truants in the Hutt capital of Bilbousa. Having had the once tranquil surroundings plagued by transients, absentee parents, and unattractive escorts, the less than graceful Hutts required the services of individuals with experience and temperament to move the undesirables back to locations in whence they came.

Over forty ringleaders of various movements were escorted off the land owned by the Hutts, with many relocated within the neighboring cities of Kelen Hag'tun and Kelen Unah'gii, which focus on rehousing the less fortunate. At the same time, those who resisted were tried upside down to a small duracrete frame built atop one of the many Volcanoes across the planets' surface until they saw the need to fall in line. An Akk Dog, unfortunately, ate one individual in transit to such a location; our thoughts go out to their family in this trying time.

Upon successful completion of the operation codenamed 'Throw money at the problem', Governor de Chatillon had these words to say on the matter. "The Hutt Clans of Nal Hutta have had a long relationship with the Eidola hierarchy, so it was no surprise when they contacted Ord Cantrell to consult on how best to deal with the issues they were facing in Bilbousa. The clean-up I oversaw personally, aided by the talented mercenaries we employ, of course, and consider it a success. The Clans are happy to have their starport free of truants, and the stagnation that was hindering trade has been eliminated." Several operatives have remained stationed within Bilbousa's starport for the foreseeable future to maintain security and ensure the malcontents remain away from the station. 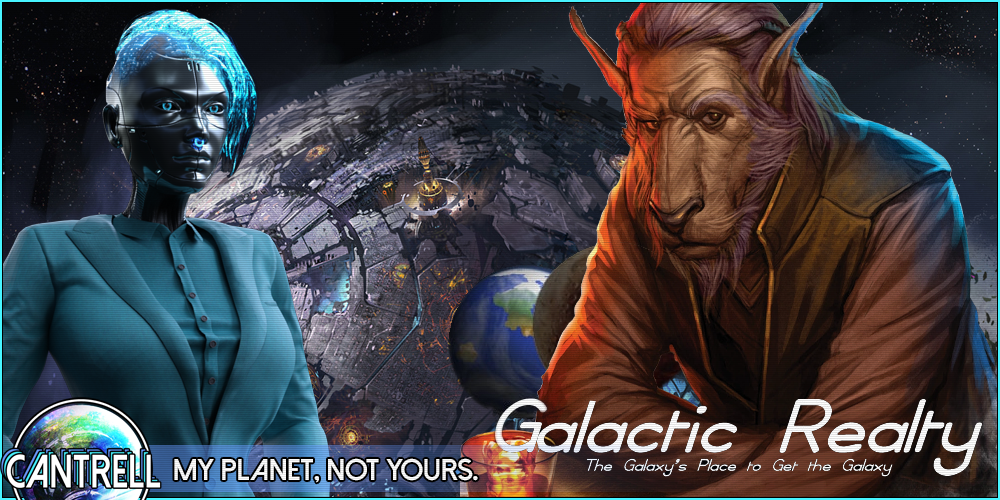 Crazed Bothan wants planet based on a piece of paper

A Bothan man was laughed out of the room last week when he laid claim to the planet of Bothawui, using an old leaflet from the ancient Galactic Realty fad that gripped the galaxy almost fifteen years ago. The furry male, identified as Gorsk Roscha marched into the administrative offices of the capital, Drev'starn, and based his entire claim on a small piece of paper stating he owned the heritage and creative control of the planet. This document claiming control of the planets' infrastructure was signed by a pirate princess and her once husband, Syn and Tembre Fe'll.

Administrators were left flabbergasted and holding back laughter as they could easily show that while the piece of paper showed the land claimed by the former Black Sun prince Joseph Roscha, Gorsk maintained no relation to him in the slightest. At the same time, the pirate lords of Eidola held no sway across the administrators. The government of Bothawui did not legally recognize the operation known as Galactic Realty, and there was no claim to sell Bothawui. The organization had also denounced itself, proving its illegitimacy. While one administrator was noted looking somewhat nervous at the declaration of Eidola holding no sway over the panel, Gorsk Roscha's claim was wholeheartedly rejected with prejudice.

Appearing visibly angry at the ruling, Gorsk Roscha began yelling profanity at the panel before being escorted out by local security, having lost his opportunity at taking control of a planet without spending a credit. Outside the administration facility, the Bothan addressed the awaiting press pool. "This is outrageous. I found this old claim to Bothawui while on an expedition of RZ7-6113-23; it's signed and everything. This isn't over, I know people and will get Bothawui if it kills me. Arjuna Ketwol, I know him, we used to shear Bantha together. Kyle Rainer, I uh, we met once. This isn't over." The deranged individual left the capital shortly after, with several fighters seen following his J-type 322 Starship out of the starport, baring pirate insignias. We'll keep a close eye on this story should it develop further.

Merchants across the galaxy have been inundated with an excessive supply of a new liquid that's symptoms have been identified as uncontrollable eye-rolling, forcing speech of those who ingested the liquid to scream CONSPIRACY! after every fifth word they speak, and crying when things don't go their way. The product, known by its medical term 'Nerdelbaum,' appears to be named an alien present in various communication hubs who can't seem to accept the differing opinions of others or their abilities to silence him from spewing distasteful or childish rhetoric publicly. One individual who trialed the liquid commented, saying: "I...uh... it's made my voice go up an octave, and all the hair on my balls has seemingly disappeared overnight. It's like I'm reverting to my childhood form or something."

The growing phenomenon was selling in droves across the galaxy at an alarming rate, with vials of the product being seen smashed and empty across various corners of the galaxy. While traders have been seen smiling at the sheer volume of product trading hands, filling their pockets, it's of growing concern for several governments that this childish and immature rhetoric will only spawn more generations, and see it infect organizations far and wide, creating a galaxy of individuals who cannot take a differing opinion, or identify their shortcomings. This dilemma could cause an even greater war across the galaxy. One need only look at our friend Mr. Gorsk for a prime example. Another such example can be seen with the pathetic attempt at entertainment by several piracy organizations, feeling the need to share the deaths of insignificant individuals to the galaxy, along with a boring conversation in response that's about as interesting as watching a Gizka try to mate with a Physallis Berry Monster. This sassy BD-3000 would like to provide its independent commentary on the matter - "While it's believed this was an oversight by the publisher, the underlying theme can be summised as: Nobody cares." 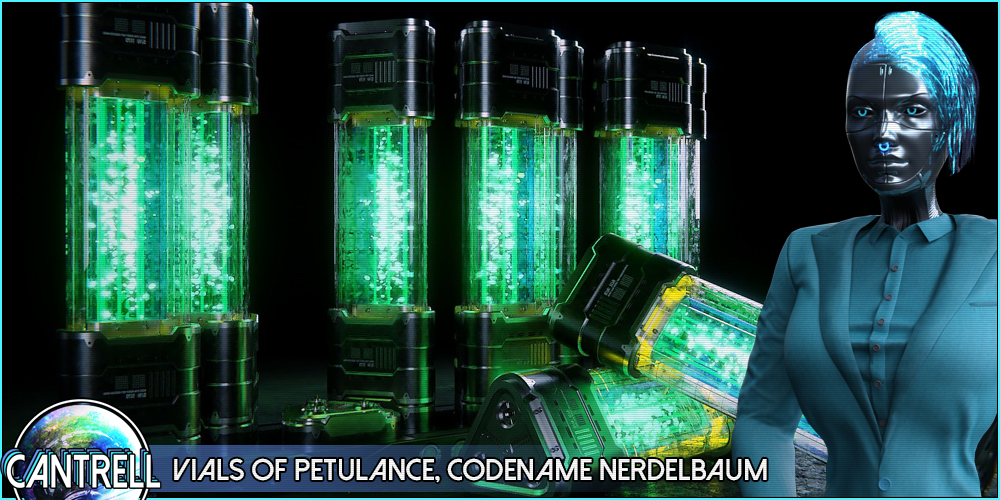 This small vial makes you act like a petulant child

The Cantrell Institute of the Arts has since created a small educational body to help provide the services required to identify what people are interested in reading. Instructors who have enlisted include Guildmistress Avelyn ca Vella, a Zeltron known for her rather bold and straight-talking approach, through to the more diplomatic Harmonia de Chatillon, depending on her lust for violence on a given day. Classes will publish their availability shortly, with Cantrell also encouraging those with an evident addiction to 'Nerdelbaum' encouraged to check into the nearest hospital or medical facility.

Strange phenomenons were observed across the Mek va Uil this week after locals reported what appeared to be Wormholes appearing on the planet's surface of Mek va Uil, along with numerous in the orbiting space stations and capital ships. Such a phenomenon hasn't been since the controversial Avatar Voidrunner, former Supreme Commander of the Rebel Alliance, used the powers of the force and other influences to successfully board an Imperial I-class Star Destroyer on the other side of the galaxy and destroy various restricted Rebellion assets. He destroyed numerous fighters, including stolen RZ-1 A-wing Interceptors, simply by touching their hulls and using the force before returning to Republica using another force wormhole. 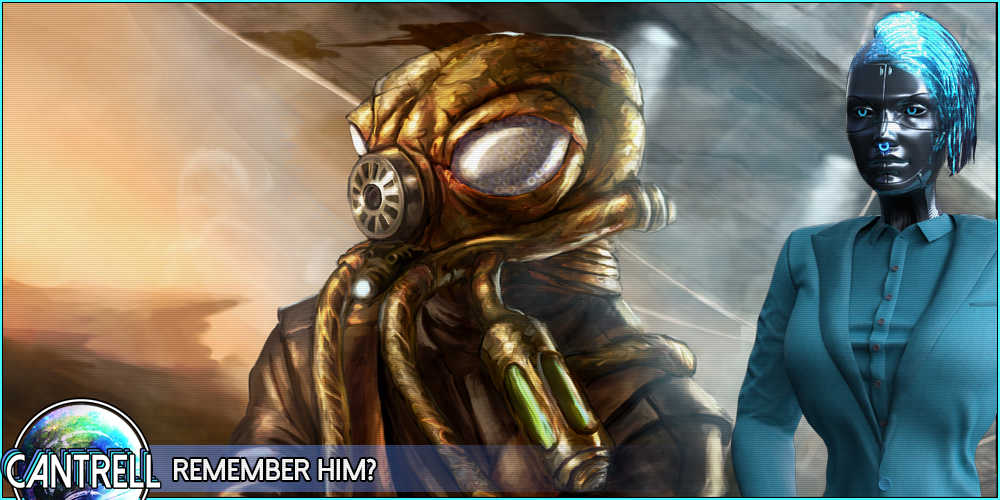 Local security was seen frantically trying to identify the phenomenon in the hope of capturing a rogue individual or some restricted technology, with various shuttles and fighter squadrons sent patrolling the system at sighting locations to gather information. After several days of scientific investigation, the entire operation was identified as a misunderstanding. After a review of security protocols and footage, it determined the issue was that a Pengauani had managed to infiltrate the holonet communications center of the planet and unintentionally ping a holorecording across the system, showing the historic event. The Pengauani was captured and released back into the wild, while numerous, red-faced security personnel were seen trying to devise a logical explanation to save their jobs.

To calm the galaxy and avoid an Imperial fleet arriving on their doorstep, local security issued a statement advising the incident was a false alarm and that they would review all security protocols to avoid an incident such as this from reoccurring. To appease the local population, whose taxes had funded the investigation of such a pointless exercise, footage of cute Pengauani was released, showing their innocence and cuteness, hoping that nobody would link this back to the infamous L4ncer incident that recently captured the attention of the galaxy.

Our final transmission comes from the city of Whitechapel on Ord Cantrell, where concerned investigators have identified the fabled monster in control of the town, a mutated Rancor named The Beast of Gorra, has once again been seen above ground.

After the second attempt at establishing a colony on Ord Cantrell, Whitechapel is uninhabited due to the ancient threat. The first colonists found the environment unforgiving and brutal compared to their sister colony of Bartertown. Gangs and illegal operatives occupy the city's outskirts, with a tenuous alliance between the feral gangs and Artemis' Clan-backed gangs allowed for a truce in the city only recently. Considered the most dangerous city on Ord Cantrell, the gangs worship the monster, embracing its reverence and sheer danger as a destiny for their madness. However, many had not seen it in person, believing the monster only to be a myth. 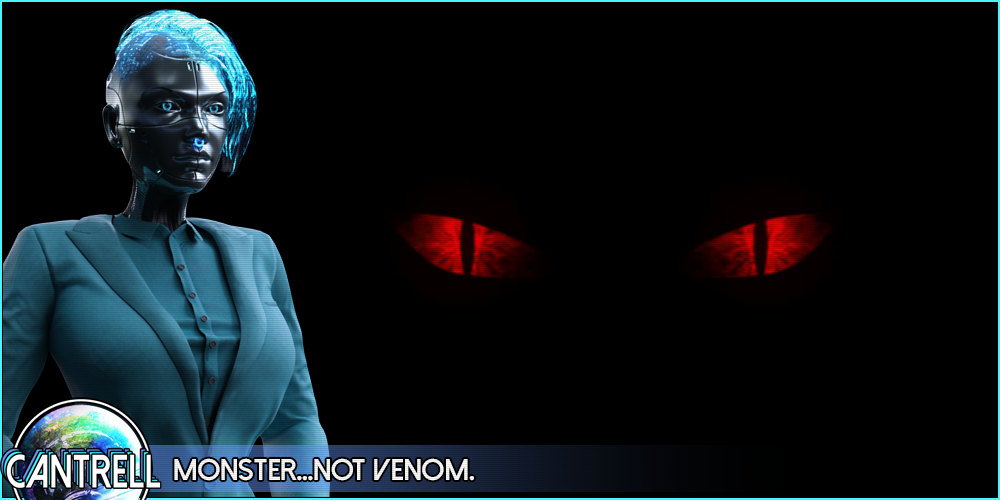 The Whitechapel Monster of the Gotta Mountains

Governor de Chatillon issued various protection orders for the city, advising citizens again to not travel near the city, with security forces being placed on a heightened state of alert in case the reverence of the monster caused the fragile alliance to fall apart and war to grip the planet. Around the clock, surveillance remains in place, and both security forces and media outlets will continue to provide updates to the populous as the situation develops.

This concludes our transmissions from and around the Fath Sector. We will communicate further messages as warranted. Cortex out.