Bounty Hunter Guild Leader, Changa Fen, was seen escorting the wanted criminal, Kell Doim, to the regional imperial magistrate's office on the planet Leafar today.  In response to questions regarding the arrest of Doim, he responded  “Master Bounty Hunter, Sophie Blaster turned him in.”

When questioned further regarding the identity of the bounty hunter, Changa Fen, was not able to provide any additional information. “She’s a mystery,” he responded. “She comes in, picks up a contract, doesn’t ask questions, and delivers every time.”

Sources believe that the mysterious Baster is the head of a news conglomerate related to the Alliance of Mercenary Consortiums (AMC) and that she may be involved romantically with one of the AMC Pro-Consuls. When questioned by reporters regarding a possible link to Blaster, upper management of AMC-CNN refused to confirm or deny whether or not she was involved with the company. They did, however, authorize the publication of this article. As well as being one of the most respected and feared Bounty Hunters in the galaxy, various sources also mentioned her being involved in the arms, ship, drug, and droid trade.

AMC-CNN was able to get a hold of a picture of Blaster as well as an unverified picture of what has been described as her Bounty Trophy case. 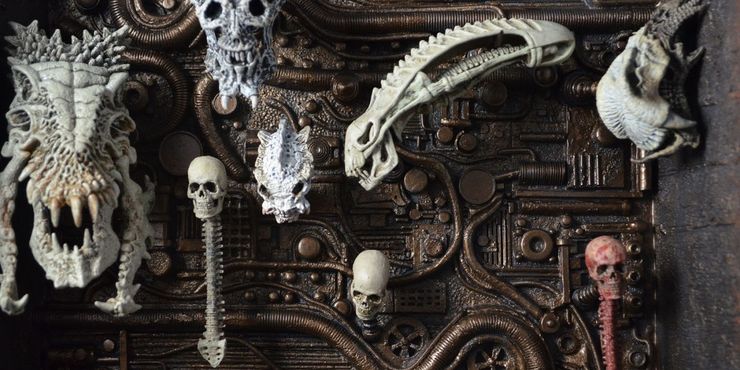 While details surrounding Blaster may be vague, what is certain is that there is a new Master Bounty Hunter in the galaxy and that nefarious actors are not safe from retribution.