I have recently noticed that the ETA on the nav comp is not the same as the actual ETA once I enter in Hyper in the Combine.

I`ve been talking to some people and it seems like this started on the last update, when according to the Sim New, the travel system was changed. (Travel 2.0 maybe? I`m not sure...)

Anyway, I would like to know if this really is the reason why travel is taking longer than what nav comp says, and if this is why, what exactly changed in the hyper travel? (I tried looking on the forums, but couldn`t find anything about this).

Thank you very much.

Umm, you sure you are using the correct Piloting Skills/Hyper Speed when using the NavCom? Ah just checked it and the time it said it will take between Bresnan & Lexrol was the same amount of time it actually took

Many people have told me that they also experience differences. When it is a long trip, the difference gets to a few hours, they all tell me. I have checked like 10 times if the hyper and skills are right, and they are... (if I am not mistaken, the nav comp has your ship hyper and your skill as default, so making a mistake in this area is really hard).

ETA stands for Estimated Time of Arrival. Hopefully that solves your problem. ;)

Oh Ryan. Your sarcasm is enough to make a girl swoon :p

Anyways, Mr. Corleone, hes right. It was never exactly correct. At least in the 3 years iv been playing. If it is a long trip it does tend to be off by a few hours.

May be inactive for awhile.
New Travel System
Tiali Bixa-Loca

Ah have never experienced that, and ah've often gone on journeys that take a couple weeks

Maybe one day we will be able to calculate closer to our final destination, like outside the planetary gravwell instead of on the other side of the system {and if you are flying a slowass cap ship that could add an extra 12+ hours just to reach the planet you want}. Fortunately ah've figured out a way to avoid that: if ah know that the planet ah want is in the south west corner and ah'm coming in from the north or east ah set mah hyper to either one space to the south or the west, then hyper over to the system ah really wanted (usually takes no more than 20-30 minutes) and ah save a heck of a lot of sublight travel time

“ETA stands for Estimated Time of Arrival. Hopefully that solves your problem. ;)

When I first read this I thought "Well, there probably is a random factor multiplying the normal ETA that will give the real travel time (maybe 0.95-1.05, or whatever)". But after thinking a little bit more, I was unsure if this really was what you meant, because the ETA in the nav comp and the ETA even before I push the "go" button are off recently, and since both are ETAs, why do they show different numbers?

“Anyways, Mr. Corleone, hes right. It was never exactly correct. At least in the 3 years iv been playing. If it is a long trip it does tend to be off by a few hours.

Funny that you say that, because I honestly had never noticed that. I had even created a really comprehensive spreadsheet, that would calculate where exactly in the galaxy you were at any given time of your hyper travel, and it had always been accurate. The hyper time in the nav comp, the game, and the spreadsheet were always exactly the same (but that was over a year ago...) The only difference on the ETA would be due to the 3 minute server refresh thing that used to go on, which isn`t the case anymore. But then again, maybe I just hadn`t noticed the difference.

Bixa-Loca, I was going to answer to this, but I would end up being rude, so I decided not to, because had you really read what I wrote, there would be no need for me to answer anyway.

Well, when ah finish this short trip, ah will check (next trip is going to be a much longer one, from one side of the galaxy to the other) and get back to you

All ah'm saying is, ah've never had a problem with the times, they were only Estimates anyway, but the few times ah've figured out what the RL time of arrival was it has only been off by a minute or so

The ETA IS different by which method you use to get it, though. Why would the two methods give different ETAs? I understand if it takes a different amount of time than the ETA, but shouldn't both ETAs be the same? After all, they ARE both Estimated by the same formula, or should be, at least.

Having made this trip a few times, I know that the time it takes is about 11h 30minutes, or at least, the ship ETA is that, with this ship. Using the same numbers on the Nav Comp, it said 10h 46h.

Edit: And it didn't used to be different. It used to be that I could use the nav comp and get the exact same time as my ship gave later. I did it as a new player.

Maybe the problem isn't with the NavCom, but that travel time being reduced

Padme, you say the trip always took 11h 30m in the past, when was the last time you actually traveled that route?

When the revised map gets released, pretty much all travel time will be different (if not all, then the vast majority)

“Maybe the problem isn't with the NavCom, but that travel time being reduced

Padme, you say the trip always took 11h 30m in the past, when was the last time you actually traveled that route? ”

I took it less than two months ago. After the update to travel, yes.

It is possible that the new travel code had some new modifiers that were not copied over to the navcomp.

Just started a journey from Bresnan to Pakrik, and both the NavCom and ship ETA are the same: 7d 20m

Hmmm, that time seemed very short so checked some previous routes, and ah'm pretty sure the times are much much shorter now

Ms Smith, your current piloting skill is 3 and ship speed is 6, correct? You didn't happen to upgrade your piloting skill from 2 in the last 2 months, did you? 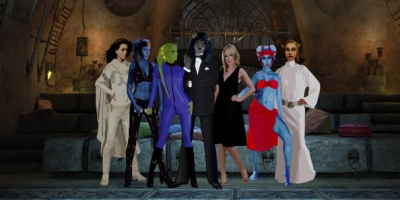 There is no god but Ara... All will walk his path...
The Faithful of Ara <--- (Warning: music link)
New Travel System
Tiali Bixa-Loca

Under the old system I often had differences, sometimes a few hours different, even asked a question about it here, and was told about the 3 minute update being the issue. Since the update it's been spot on, except for sometimes staying on Ending if I hadn't refreshed the page.

That's why ah keep refreshing General Events until the XP shows up, even though the Cockpit page still shows "Ending" you can click the [Travel] button and start the next leg of journey

I'll check again now and see, maybe someone went and fixed it :D

No, it doesn`t. In the NavComp it shows 40 minutes less than in the Game ETA. This means that it actually takes 40 minutes more than if you planned using the NavComp.

As to you having the same time both on NavComp and the game, perhaps it only happens with some specific Hyper Speeds and/or skill levels. (when I was first making my spreadsheet, there would be difference with some hyper speeds due to rounding, but after I discovered what the problem was, I was able to make it match for every hyper speed, just to show an example).

I have tried many different routes and I got a different time than on NavComp in every single one of them. The difference usually ranges from 50 minutes to 3 hours, depending on the distance. (And yes, in each of the trips, I checked the NavComp and the Game time at the same moment, with my skill and hyper speeds, and there was this difference. The NavComp also always showed the shortest time).