You can't ram it twice, because as the pilot, you will die on the first ramming. The ship just won't be destroyed with you.

Can't see this sig or sometimes other images? Chrome now default blocks mixed content on secure sites like SWC.
Go to chrome://settings/content/insecureContent and add www.swcombine.com to the Allow list.
If you want. I'm not your dad or whatever.
Die
Marcus Dren

Capital ships sustain hull damage (30% to 50%), ionic damage (15% to 35%), shield loss (25% to 60%) and are moved one square to the left, away from the sun (if the sun is at X-coordinates 0, then the ship is moved 1 square to the right). The pilot is killed if he is in control of the ship (piloted mode), else he falls unconscious. All onboard NPCs are killed. All other passengers suffer great injuries and fall unconscious


Just don't be in piloted mode when it hits.

Except under a recent addition to the rules, if the pilot leaves the ship (including boarding another one it), the ship stops. So presumably, if you change a ship out of piloted mode, it will stop. Anyone want to test that?

Only fools and children dream of heroes.
Die
Stabro Bledorkix

Leet speak is for extreme noobs and/or wannabes. Please don't use it anymore.

Back on topic. I think that anyone who wants to kill themselves, should. We don't need people who don't want to continue to play with the character that they have.

Leaving the cockpit should not stop the ship. However, I would not volunteer for a test that involves flying into a sun ;)

Your presense in the cockpit is irrelevant - if you are the pilot, you will die. What we need to test is someone starting a ship moving, and then setting the ship unpiloted while in motion - see if they ship stops. You don't need to aim for a sun. =D

Only fools and children dream of heroes.
Die
Carl Warrington

well i'm going through hyper right now and i'm not pilot but the ship is still moving. And if i remember right from the last corprate run i was in, you dont need to be the pilot or in the cocpit for the ship to keep going in sub-light. but the rule may have changed sence then. 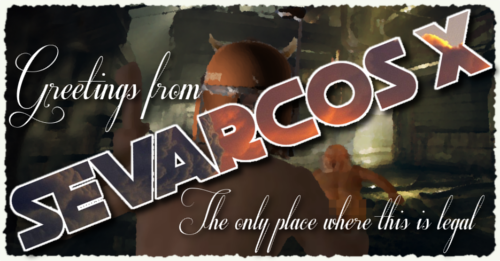 It did change when the SWSers... Er... NIOers bitched because someone autopiloted a carrier into a star, severely damaging it. A legit tactic IMO.

I'm sure the GE bitched too because many people encouraged defecting Imperials to do similiar.

Asign someone else as a pilot once your moving and then bugger off.

Arrest someone and after you are moving assign him as the pilot. Dunno if it will work.


Anyway, if the killing of wookie newbies is acceptable, then this should be too. It's a terrorist act afterall.

It's a suicide attack (and with some thinking, not even that), but a terrorist act? I fail to see any people who are supposed to be terrorised.

"We are the terrorist group of doom, we have severly damaged ships all through the galaxy belonging to the Y goverment. These ships were full of civilians and soldiers who are now unconsious. A boarding party has taken the unconsious as hostages" (via A/E, if i understand correctly it has 100% success rate if the target is unconcious. The boarding party would have been added to the crewlist by the one who was assigned the ship.)

Well, one things for certain:

Don't put up a bounty on the Galactic emperor, make insulting (and bad) jokes about him in the RPG centre, or spell his title with a lower case E, 'cuz that won't get you arrested and executed.

I am pretty sure it will get you arrested,
that is in they get a chance to actually arrest you.

But since its very easy to avoid being arrested...

Marcus were you not planing to sit infront of imperial palace in your ship and hurl insults?

Where is the sport of hiding on a ship? Just because the arrest & execute feature sucks doesn't mean I have to abuse it. It's far more satisfying to make myself available to arrest while I hurl insults at the imp and his minions. Like right now. I'm taking in the sights here in the Jade City on Alderaan waiting for my ride to Coruscant. (R U listening Imperial Intelligence?) I had high hopes when I read the report about the ISD Death'shead entering the Alderaan system, but I guess the imp's are afraid of the NAO. I'm sure the NAO is formitable but I can't imagine the Galactic Empire under decent leadership would run scared from a small NAO taskforce. You think it would help if I stuck my thumbs in my ears and wagged my tongue at our dear emperor duedue?

anyway, would have been interesting to see a post in the GNS about the crazy protestant riding a ship in fron of the imperial palace.

Ok, so I knew you meant "protester"- but I just could let that one slide.

Marcus Traven isn't a protester either. He's a down on his luck captain of a light starfreighter that gets by on transport jobs (legal or not) and generally speaks with an atrocious Redneck American accent. But as there is no demand for light transport work, no smuggling, and I've totally thrashed the character of Marcus Traven I've decided to needle emperor poopoo until he catches up with me.

If I'd thought about it before hand, I'd have irked off Count Willy. He seems to have his act together and would have at least issued a small reward (what's 10K to a faction leader? I'm sure the bounty hunters out there could use the sport) for my ear by now. In fact if I'd disrespected the Count as much as I've dissed emperor poopoo I'm sure I'd be less than a week from respawn by now.

By the by, for you imperials that may be listening, I'm still on Alderaan but don't worry. I'll come to Coruscant soon, cuz I know how you imps are afraid of unarmed planets.

No, no, no. Marcus in IC terms became buggered because none wanted his services and as a campaign to get publicity he has started dissing the emperor with the hopes that it will attract people willing to get his services :p

hey, everything done should have an IC background.

When I first encountered the combine I was in search of a new game and had applied for over a dozen internet multiplayer games. I didn't read the rules to most of them, just started a character and started walking around to see if I liked it there. When Marcus was concieved he wasn't intended to be a long term character, just a combination of stereotypes stringed together as a recon mission to get the feel of the combine. I didn't know that combat wasn't implemented. I didn't know there wasn't any smuggling (or a half dozen other things that are on the way). The combine isn't yet to that point in it's development. So I've found myself in a fix. Either stand around forever waiting for new features to be coded and implemented or just start a new character. Problem is, you can't just die. In most games it's easy to die. Walk into a local seedy tavern and slap the guy with the death sentence in twelve systems should do it. Now I could fly a ship to destruction. But I refuse to wreak the game by senselessly flying starships into stars just to get dead. I'm sure that the emperor will have someone waiting for me when I reach Coruscant. If he doesn't, he's more useless than I gave him credit for.

And his feet smell.

And his teeth are yellow.

Vodo is a shaved wookie.

Come on imperial intelligence, I'm running out of material here...