I think you would have to fire, but not sure. And I only want one name, not one big and one small or with hyphens or apostrophe or any thing like that. 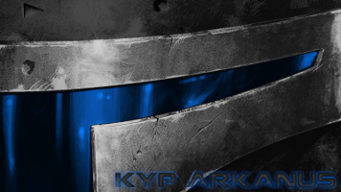 You can't always get what you want.

As for firing NPCs, you can do that at any time you want.

You could just ask an ASim to edit the name after the fact if thats what you want and it still meets the NPC naming rules. I know I did that for Art when the system wouldn't allow the name he wanted to be put in (3 names I believe he wanted then).

1. Do NPC's reduce player XP?
a. If I assign an NPC to pilot the ship I'm in (due to NPC's better Skill), will flying yield normal XP, 1/2 XP or none at all to my character?
b. Does having NPC's within my Party reduce the XP I receive while walking? Does it get reduced further with each additional NPC I add to my Party?
2. Why do players specify Pilot NPC's or Soldier NPC's when they sell them? Wouldn't it be better to show the NPC's skills?
3. Are players allowed to assign NPC skills when they are purchased or are they determined randomly? (For example, I want an NPC who can fly Freighters, shoot Projectiles, & Repair Droids. Would I want to purchase a soldier, a pilot, or a civilian NPC?)

So Ellias, just create the custom npc and then post in the questions for admin, or dm message someone, if the latter, whom?

1) No.
a) They can't fly for you, and if the feature is added, the answer is unknown.
b) No.
2) Because that's the NPC's class. A class has standard skills.
3) Skill points are determined by class. Additional skill points can be assigned by the player. Quite possibly NPCs will only be able to perform their class' tasks, and not cross-class.

1a. Depends what you mean. Pilot NPCs cannot be assigned at the moment, and as Hal said when it becomes possible, who knows. If you are talking about NPC controlled for fighters and the few freighters, no-one gets the XP for the other ships - you just get your normal XP for flying the one ship.

2. An NPCs class determines what it can do. No point buying a melee combat trooper for its 2 in Capital piloting since it'll never be able to use it.

3. No, see the NPC rules pages for a list of which skills they are going to get when you spawn them. In addition they will also have their races skill points as well. If they overlap then the highest one will be taken and the others will be added as spare skill points that you can then use elsewhere.

If you are referring to the 'levels' referred to in the NPC rules, no. They should probably be renamed to avoid confusion. When you hire an NPC the NPC will have it stats randomly chosen from amongst those 3 levels. I think there is a 10% chance of the stage 3 class, and getting larger for the other 2. But the NPCs are still classified as XP level 1 - they just have a higher starting point.

You can then always train them to give them XP so you can then raise their level and get XP the same way you would (primarily walking however), and once they hit 1000 XP they level up to XP level 2, and gain a skill point to use.

Custom NPCs can be hired from inside Not available for a base cost of 80,000 credits.

“Custom NPCs can be hired from inside Not available for a base cost of 80,000 credits.

Could someone please clarify this for me? Are Custom NPCs not available, or can you hire them anywhere, or do you have to follow a certain process?

Those rules are outdated. You purchase Custom NPCs with CPs through the exchange CP interface from anywhere.

Custom NPC's can be purchased for 500 CP each.

So I have a question now also.
I'm injured and I have a very low medical score. But I own(hired) a medic with a much higher medical score. Is it possible for the medic to heal me? I was browsing the rules and couldn't find it.
Is it all I have to do is add them to my party give them a medical idem and select an action? Anyway sorry about the noobish sounding question.

Nope, Medic NPCs don't so anything at the moment. You have to heal yourself.

Thanks it seems it doesn't matter as I healed up naturally. But thanks for the answer man.

I have a question about NPC's.

I bought me a rifleman so he can help me on my hunting trips, but i cant get him to pick up a weapon. Is it still not possible to give milltary NPC's weapons?

You need to create a Fitout for the NPC. You need to assign a tag to the NPC, then use the Manage Fitout button in the inventory. You can then order him to pick up his fitout using the Party screen.

1. How do I change the avatar images & names of NPC's?
2. When I click 'Edit NPC', it takes me to the same page as 'View NPC Skills'. Does that mean the 'Edit NPC' link is currently bugged?

You can change an NPC image the same way as any image in the CP Exchange, but can't change names.