When i joined i lead a battle to grant new players more fun in assets. I was turned down that the situation is as it is so players join factions to explore the game.

After having played for some time, i found out that the current membership requirement has opened the door for new type of business - faction sitting. You get paid to sit in a faction with little commitment.

Now, i want to ask what exactly is the game's factions mission? Because it's more profitable to be a freelance sitter in a faction to really join a faction. I got paid 20 million for one night just to reset the clock. Twenty million is a five times salary somewhere. What really is the gain of having a membership requitement for all type of factions? Would it be better if that requrement is lowered for some and raised for other type of organizations?

If serious about this, then make it real. I'm not against freelancers, i hire freelancers. It just seems as a requirement that's not benefitting.

Having someone come in for a day to reset the timer sounds like an issue similar to that with generic DCs. Perhaps measures could be taken to prevent this practice?

Love one another, treat all with respect.
Faction Members Requirement and Factions
Ban Rishchakh

whatever measures are applied, it can't be guaranteed that the game mechanics won't be bended. but maybe a proof of a steady membership count? Yearly or monthly, a number of players was present.

Also, reduction of the membership requirement for some factions, like production and services. That way faction sitters won't be a job position and players would have more incentive to really join a faction.

I've literally never heard of a faction paying 20m for 1 day of sitting so that sounds atypical. As well, many sitters will do work for the faction they're sitting in if requested. I have sitters that do work when needed. Sitters are not nearly as big of a problem as people against sitting think it is.

The member requirements have been tweaked now and again based on activity levels in SWC. But there will always be some factions that can't sustain their member requirements. Sometimes it's just as simple as something happening OOC to put a few of the players out of commission temporarily, so they'll bring in someone temporary to reset the timer until the regulars return. There's not actually anything wrong with that. If the faction leadership cares enough and is active enough to get it done, it's fine.

Bigger concern (and better approach) is what there actually is for players to do in factions, so it makes more sense to continue to develop SWC in order to encourage faction members to have active roles pertaining to newly developed features.

Years ago your were required to join a faction in order to do anything. With the introduction of NPC shops, darkness homeworlds and other such things joining a faction is no longer required. Factions offer four things: a community, a steady paycheck, production/building capabilities and a/e.

Production for an entire faction can easily be accomplished by one or two active players. There are two reasons sitters are popular: so production factions can acquire more generic datacards and they have a higher chance to remain active because they are only there for a paycheck.

I do agree that factions need more active roles and more developed features, preferably without increasing micromanagement by a significant amount.

There's already plenty to do. The only thing missing is that we can't shoot each other. Sure, R&D can be exciting, but isn't production? Construction is vital. I like the sight of a freshly built city. I like developing. I have the conflict in sight, rebels imperials, i'm building up for it.

My problem with faction sitting is that it's ... It feels indecent. Pay me money for not doing anything because you don't have a choice. It's blackmailing. 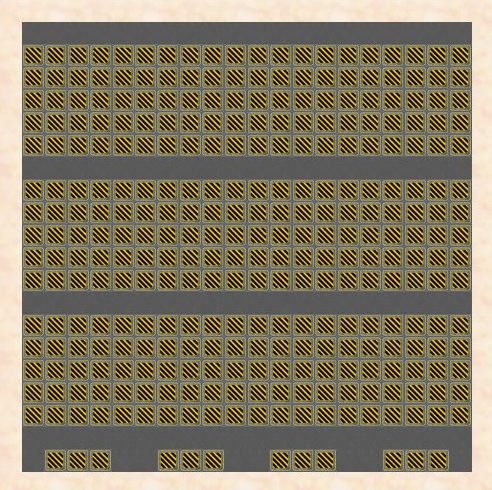 Hypothetical speaking: If you're a high ranking member of a given government faction, you receive big money, probaby doing nothing but hunting, trading stuff and brag with your success to the underlings in chat.... who do all the work btw... do you feel indecent? ... Probably not, right? Because you earned it! You are around longer, more trustworthy, better looking and so on... and after all its your market value! You wouldnt get all that credits if you didnt deserve it! Right?

Now apply this mindset to factionsitters. Market value and stuff.

No, its not! Make one little mistake with the roads and you have to ask for a new building permission, resets and what not (first you have to wait for the permission guy to come online, of course).

Sorry for sounding so negative, but I am a proud provider of quality sitter services (online daily) and I feel faction sitting is a good way to help keeping the political map of the universe coloured by keeping governments alive (those that deserve it, of course). Otherwise I agree, there should be more stuff to do in factions.

Faction sitting exists because there are people that do not need a faction to do what they wish to do. Factions pay a lot of credits for sitters because there are a massive amount of factions in the game. Which means these factions are competing for new and existing members so that they can continue to grow.

A person can hunt, trade, prospect and do many other things in the game that net more credits than a monthly faction paycheck. If that person enjoys those things then why would they work for a faction and be required to do things they may not enjoy doing while being paid less?

This means that factions have to give that person something they want in order to have them join their faction. Depending on the person this can be credits, large discounts on goods/services, a community or anything else the sitter may want. It is the factions responsibility to attract and hire new members. If the cons of joining that faction outweigh the pros then why should that person join that faction?

Side Note: If you know how to do a job well and have the skills you can almost always make more credits doing that job as a freelancer than as a faction member. People pay well for expertise and speed.

“No, its not! Make one little mistake with the roads and you have to ask for a new building permission, resets and what not (first you have to wait for the permission guy to come online, of course).
”

Been doing that the last month or so. Asking requests, still doing it : ) even aborted a building, had to come back and finish the job. It's awesome. I don't get a salary btw. This guy came a couple of years back, told me I shouldn't get salary, told him, alright, don't need it, give me something to do. Assets were never a motivation for me. A friend of mine quit, sent me 1.9b. What to do with them, i have everything here, sent them to the faction. Did the same thing with the 20m I got this time. I see his ships frozen in the system, and his personal YT-510 docked on my ship. I carry him around.

I suppose everyone should find his game. But it just feels like a bad favour when you open the doors too quickly. I hired this player, saved money from faction sitting, bought himself a full prospecting equipment, it was awesome to do. But he'll work for me now and still get money from his faction sitting. He's gonna be rich again, soon. Why would he still work, I don't know.

If money is your motivation, and money comes fast and easily, once you can't spend the numbers, what are you going to do? Quit the game? Because you haven't found another game.

I can be totally wrong. I wonder how faction sitters haven't formed a union by now, demand higher salaries, more benefits. Maybe one city per month? You keep the slab, flats, everything else belongs to me? I told a guy I could offer him that. If it was up to me, no problem, you can leave something behind, I'll be happy to, if I can. He's doing a great job for me though. I consider him a member. He wants to find new horizons, no problem. Always happy to have you back.

Unlimited Power Ltd. - "Energy for Every Being"