Rebirth of an Empire
Posted by: Grevendar Togl, Empire of the Hand
Date: Year 20 Day 89 Onboard the Sabaoth Destroyer [EoTH] Scimitar in system n/a (144, -89). 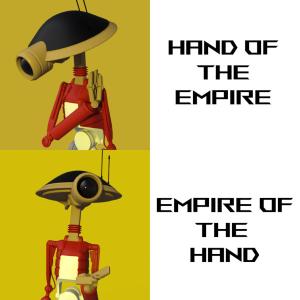 Being contractually obligated to also provide a written statement with our holograms, the transmission cuts to a Chiss male in a white imperial-style uniform on the bridge of a Sabaoth Destroyer. 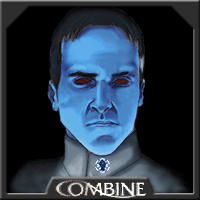 "Braggarts, cowards, oppressors. A scourge that overflows planet upon planet. They work your appendages to the bone and have you fight their wars as blaster-fodder while they get rich off of your labour and hardships. A decade ago, allegiances were divided between few standards, today hundreds exist. The war between the supporters of the Galactic Empire warred with the supporters of New Republic in a battle for galactic unity, only to splinter again and again. Friendships have grown cold and the galaxy is in danger of spiralling into an endless conflict spawned by rumour mongers, brokers of lies, separatists and infiltrators.

Once, we were only the 5th House of the Chiss Ascendancy, focused on returning our people to prosperity. Then we saw the fracturing galaxy and realised that we could serve a higher purpose, agents of order and harmony that could purify these toxins. Friends believed in our cause and our values. Ar’Klim, Krath, Chiss, Coruscanti, Corellians, Barabel, our origins as varied as they come. We are no longer merely Chiss, limited by culture to ignore imminent threats. We will do what the Chiss would never contemplate for the good of our peoples and galactic peace. Laying aside dress uniforms and civilian duties, we pledge to serve the galaxy against the insurgents in ours midsts as we have always sought to do.

We are your best, last and only line of defence.

We are your shield from the storm, pillagers of the unjust, loyal to our code. We make no idle threats and only side against the oppressor, the coward. We have become Warlords of freedom, Lords of plunder, an Empire of cooperation, a Hand of Judgement. An Empire, of the Hand. We take no sides in this galactic conflict, we have a higher allegiance to order and harmony. If your enemies are corrupt, if they slander you or send thieves and spies, if they raid your cargo shipments, if they invade your homes to oppress, don’t waste time – holocomm the professionals. We are privateers, not a swoop gang at the beck and call of the nearest credit pouch. You may ask, but we choose whether to take up your cause.

Do you have a problem? Can no-one else help you? If you can find us, you should call, the Empire of the Hand."

The transmission is briefly replaced by scrolling text before cutting off entirely.

-Excerpt from the Code of the Empire of the Hand-

#3. A Hand of Judgement - “Be we defrauded, insulted, betrayed or challenged, the Hand shall repay in equal measure.”