Recent galactic events have uncovered evidence of a long-lost race that is believed to have been exterminated by the forces of the ancient Jedi and the Republic.

While studying archival records from the period following the Great Hyperspace War, a brief but bloody conflict waged circa 5020 BCGT, researchers from the Xenoarchaeological Institute uncovered references to something known as the "Porporite Massacre." Further study has finally revealed the details of this massacre, and answered the question: Who were the Porporites? 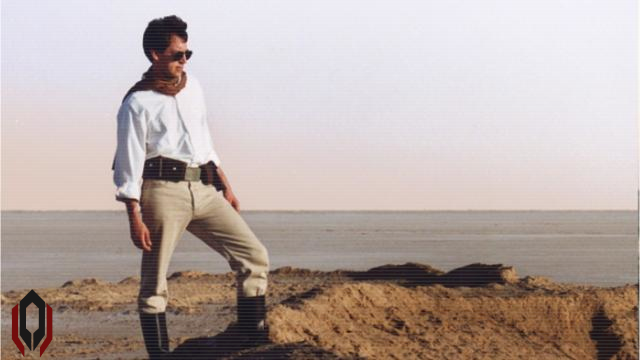 "Most worlds hold archives of some sort, and of varying sizes," Explains Dr. Haiais Blascric, the researcher who is responsible for the discovery. "Especially on the Outer Rim, however, these archives might not be updated as frequently or as routinely as libraries in the Core Worlds. As a result we sometimes find records that haven't been updated in centuries, which can prove invaluable in the finding of species lost to time, either through negligence or malicious intent. In the case of the Porporites, we managed to find a historical treatise on the history of the Porpor sector, which led us to long-declassified military reports on the Porporite Massacre."

The Porporite people were a race of Cetaceans, meaning that they were sea mammals, a trait shared with the Herglic people known today. Hailing from the Outer Rim world of Porpor, from which they got their name, the species attained space flight shortly before the Great Hyperspace War, colonizing other planets within their system before drawing the attention of the Galactic Republic. Records show that the species lobbied to join the Republic as a member, a common occurrence for species that attain space flight independently.

Unfortunately for the Porporites, with an introduction to the greater galactic community came the disadvantages of such membership. Not long after being granted member species status, the Porporites were introduced to the substance known as Ryll, a weaker derivative of Spice that was new to the drug market at the time. Medical records have not, to date, been found to substantiate claims made in official reports that the Porporite people had a biological weakness to Ryll, nor has evidence been found to suggest that it had a drastic mind-altering property, inducing homicidal tendencies within the Porporites.

Records do exist, however, to explain what happened next.

For over one hundred galactic standard years, the Porpoite people attacked neighboring planets, driven by an insatiable lust for blood, according to archival records. Initially, the Republic of the day showed little interest in quelling the violence, with members of the Galactic Senate expressing disbelief that the Porporites, a new addition to the galaxy still being brought up to speed with current technology could pose more than a nuisance for local security forces. It was only after a coalition of senators from neighboring systems lobbied the Senate for a military response was a more substantial effort mounted to subdue the Porporite people.

Porpor I, formerly a wet jungle world, now a planetary mining colony, was the Porporite's homeworld, and it became the place where the aquatic people made their last stand. Initially, the Porporites withstood Republic Forces sent to quell the violence, but when a battle fleet was destroyed in orbit, the Jedi Council of the day was lobbied for assistance. Records are spotty regarding this final conflict, but what is known is that a force of Jedi Knights, assisted by new models of war droids, completed the extinction of the Porporite species.

When asked about the details of the massacre itself, Dr. Blascric had this to say: "We have only begun to scratch the surface. Our next step is to send a physical expedition to Porpor I itself, to locate the sight of the last stand of the Porporites, and to recover any artefacts we can. Despite the fact that the planet has been almost entirely covered in mining facilities and camps, we hope to recover some material that will allow us to better understand the Porporite people, culture, and biology."

A spokesbeing for the Xenoarchaeological Institute had this to say regarding the recent findings: "It is a sad thing, to uncover knowledge of a past peoples that ended in such tragedy. There are many lessons we can learn from the Porporite people, however. We can meditate on the nature of Spice, a substance that plagues our galaxy to this day and that it would seem drove the Porporite people to madness and their ultimate destruction."

"We can also ponder the wisdom of raising newly-discovered races to the galactic stage without taking the years, if not generations, required to acclimatize them with the vast galaxy we call home. As a galactic community we enjoy certain standards, culturally, ethically, and scientifically, and to expect newly encountered species to be able to come to terms with all of that with a minimum of time and care is unrealistic and, in this case, tragic."

"The Galactic Republic of old is no more, of course, replaced in recent decades with newer entities that have assumed control of parts of the galaxy. The Jedi Order still exists, and I am sure that they would express remorse with the extinction wrought by past generations of their Order. We feel that it is important to remind ourselves at times, especially due to the wars raging across the galaxy, that we inhabit space, stars, and worlds that have held life before us, and no doubt will give rise to civilizations long after we are gone. We should all spare a moment of thought for the Porporites and species like them who have been lost to the galaxy."

"Above all, we should remember the Porporites."

The Xenoarchaeological institute is a non-for-profit organization, independent from all galactic governments. Please consider donating today to fund continued research.