Genarius - As evening slowly turned Raxus Prime a beautiful color of orange, the tramp of thousands of battle droids was heard. These battle droids were not one of a conquering army, however, but of a procession leading directly to the once abandoned Government House of the disbanded Confederacy. Abandoned two years ago after a coup lead by the Red Fury Brotherhood, Raxus Prime was once the Capitol of the Hevvrol Federation. After the overthrow of the government, many sentients had left the Gas Giant and settled elsewhere in the Cularin system. Now, all Hevvrolian eyes were set on the Government House, where Siejo Kutol and an unexpected guest were holding a press conference. The conference was announced after news broke across the Galactic News Network about a merger between the Hevvrol Federation’s cornerstone faction, and the Confederacy of Independent Systems. This agreement, known as the Cyan Accords, would bring the Hevvrol, Mondress and Kliap Sectors back under the Confederate Umbrella once more, joining the Thesme Sector. This represented a strong change in direction for the Middle Rim community who freed themselves from the corruption of the previous Confederate regime, no more than two years ago. 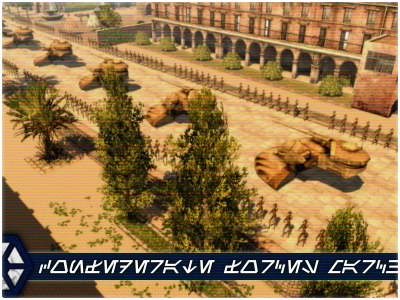 The news was not immediately welcomed. Amongst local news networks, many raised concerns locally. Some sentients voiced concerns that this change could bring back the corruption and heavy taxation from years past, or involve them in governmental disputes they wanted no part of. Others voiced approval of the move, hoping to bring more stability to the region. There was hope that the sudden press conference would bring some clarification.

On the steps of the Government House, recently adorned once more in Confederate Blue, Siejo Kutol approached the podium first just as the system stars started to set. Dressed in a dark blue robe, he had obviously aged since he last stood under the blue and white hexagon. Still, the brown Nautolan wore a broad smile on his face and waved at the crowd. Before he could speak, several random voices of discontent could be heard throughout the crowd. “Greetings neighbours!” Kutol cried out, arm extended towards those who gathered. “I realize news of a merger and the possible reformation of the Government may have come as a surprise to many of you, but I want to assure you that this decision was made with all of our best interest at heart. We will be reorganizing as a Government in short order.” Kutol paused, smiling for a second, and then continued. “We have been through quite a bit together. Many of us have lost along the way. In regard to those previously harmed by the Confederacy, I beg you to think back to a time before the dissolution of the second Confederate Senate. There was a time when we all were profitable. When we all were happy.” Kutol paused, vision shifting focus as his mind seemed to go elsewhere. A moment later, his focus was back. “With this move, there is no party at loss. Combining our resources with those from the Thesme Sector, we can bring productivity and profitability back to our Sectors.

My first concern is with those who have been harmed by the old Confederate regime, the one we broke away from. Let me assure you, this decision is not one I would have made if I did not believe that each and every one of you would benefit. Also, let me address those with previous existing blueprint rentals with Kutol-Chan Industrial. Due to the change, we were forced to trade some of our datacards to make room for government technologies. If you find previously rented uses being stripped from production facilities, please note that it is nothing personal. Please contact me personally to make restitution. I have also spoken to the leaders of the Order for Independent Trade. They have agreed to rebrand as the Corporate Alliance and work to provide restitution to those who were treated unfairly or wronged by the last administration. Please contact Kran Chan if you have a claim.”

Kutol paused again, maintaining his broad smile. Some in the crowd responded to this portion of the speech with light applause. Kutol continued, “This merger will also strengthen the Interstellar League Alliance. With the combined forces of the Confederacy and Hevvrol Federation, the League will have an even stronger neutral government in the seat of power. This will not only help our allies but also possibly attract new and more diverse allies to the course of neutrality. In addition, with the combinded forces of the CIS and Hevvrol Federation, the group will no longer be a shadow of it’s former glory, and will once again be a beacon in this dark galaxy.”

The focus then turned to Taldar Logas, who had been leading the Confederacy of Independent Systems.  He stated, “If you think of the history of what we are, and what we were, this move makes sense for all involved.  When the Confederate Remnant formed from the ashes of the previous administration, there were just a few of us located in the Thesme Sector. However, we knew we had those who still believed in the ideals of the Confederacy, and would hope to one day restore it.  Once we officially organized into a government, there was an outpouring of support from billions of former Confederates, many of them located within the Hevvrol Federation.”  The Confederacy of Independent Systems has been the cornerstone, albeit small, Government of the Interstellar League and through this has provided services to countless sentients thought League space. With this merger, the Confederacy grows from 17 planets to nearly 100, from 1 sector to 4, and from 9 billion sentiments to hundreds of billions.

After Logas concluded, several local reporters began shouting out questions, including one bold human reporter asking about a possible Confederate application to the Galactic Concordiate.  Logas directed these reporters to submit the questions in writing to be addressed at the Interstellar League Conference set to be held next month in the Government House behind him.