The Jedi Order has kept a keen eye on the events unfolding in the Corellian Sector since the crisis first came to the attention of the Council roughly six weeks ago. The Flower Company, along with the bulk of the Cooperative and various allies including The Jedi Order have provided support and relief for the inhabitants of the Corellian system as an open revolt unfolded. The leadership and members of CorSec, a paramilitary/law enforcement arm of the Galactic Empire, sought to no longer suffer under the yoke of Emperor Seele after a history of internal conflict between members of Corsec and the Empire. As a direct result of tensions arising from this and other issues, they declared independence and suddenly sprang away from the rule of the Empire with assistance from Flower Company. The results of this action have been mixed. So far some planets have managed to completely wrestle control away from the Galactic Empire, while other planets have various levels of insurgency taking place. 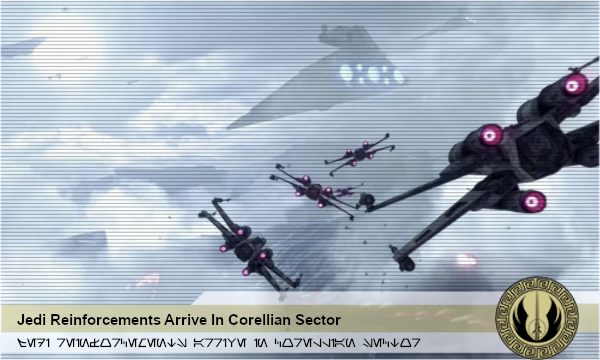 At the onset of the conflict the Jedi Council gathered all available information. After discussing the crisis they offered the leaders of the insurgent cells and The Cooperative/Flower Company assistance, as well as aid for any beings wishing to evacuate the sector to escape the escalating conflict. The offer was accepted by all, and a strike team was deployed. In the following weeks the Jedi response would include various support ships with a heavy escort to deter Empire led attacks. 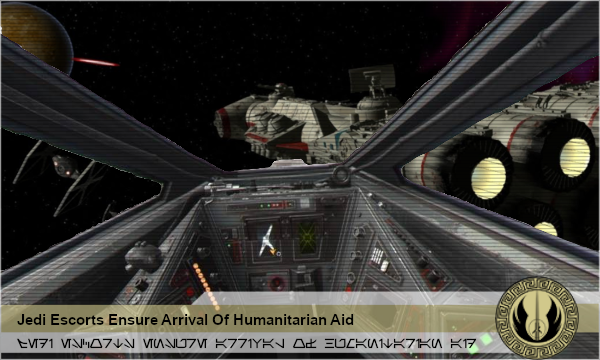 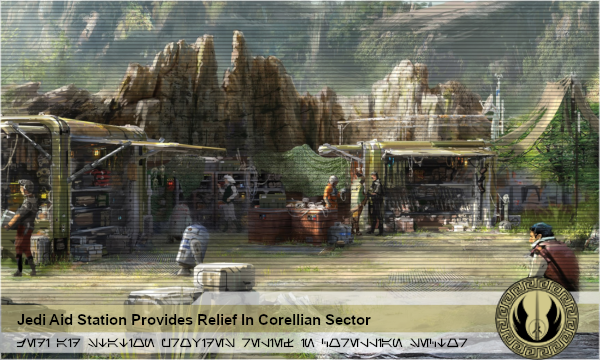 Initially the Jedi supplied reconnaissance and material aid, along with harassing the Empires attempts to thwart allied operations in the sector. However the scope changed on D284. When listening to comms and working signals intelligence, a Jedi overheard an Imperial Officer who claimed to be a newly appointed Governor on an unsecure channel gloat about her plans to "totally [CENSORED]ing destroy Froz III". Keeping in mind previous statements (GE Trade Declaration), there was a clear threat to innocent life. The Jedi response was to re-deploy a cruiser to investigate. Given orders were simple. [JO] Knowledge was to reconnoiter the immediate area around the planet, and if necessary confront Imperial forces present to prevent un-necessary loss of life. Upon arriving an invasion force was discovered including Star Destroyers, Lucrehulks, multiple TIE/ln squadrons, and other assorted landing craft. Caught off-guard, GE commanders replied to Jedi hails. After short discussions with the local Imperial commanders showed that they refused to back down, the Jedi continued a dialogue as a diversion. Knowing there were active shields, numerous relief ships were then deployed anyways in an attempt provide aid for those who remained and evacuate as many sentients as possible. 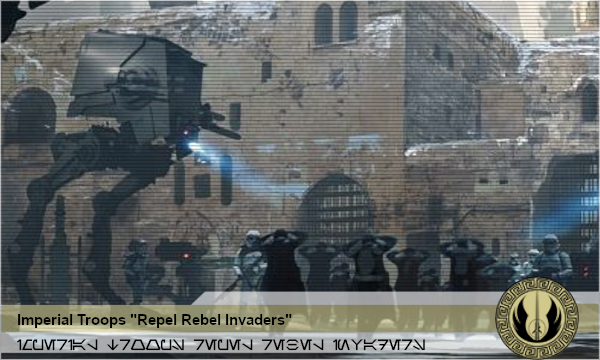 The aid team quickly discovered that they were unable to find any route to travel through the shields. However, Jedi ships were able to transfer sentients with other ships that could access the planet. Using this "daisy chain" technique hundreds were able to be transferred to the cruiser in orbit to safety. After a brief engagement, which included gathering extensive documentation of suspected atrocities being committed on Froz III, the cruiser [JO] Knowledge gathered its squadrons and detachments, began triage of wounded non combatants recovered from the floating cities on Froz III, and re-grouped with the Cooperative/Flower Company led task force. Additional Reading: GE Trade Declaration Flower Company/Cooperative Announcement Shili Free Press Coverage Jawa Offworld Enterprises Announcement