It is with the highest joy that the Xenoarchaeological Institute, working in cooperation with the Jawa Industrial Magi, announces the discovery of recordings detailing the last decade of the life of Rika Ptek. Short of stature and deep of pockets, Rika Ptek was the last shaman of the historic Ptek clan. This unearthing of records has led to substantial controversy, since it contains previously lost records of the shaman's sermon on the highly important subject of business inheritance in the cases of cousins. Despite that fact that the exact situation this rule is applied to accounts for only a fraction of a percent of all business inheritance cases, it has nonetheless led to widespread panic, and has also called into the spotlight a key religious figure who has now supposedly profited from wrongful inheritance. 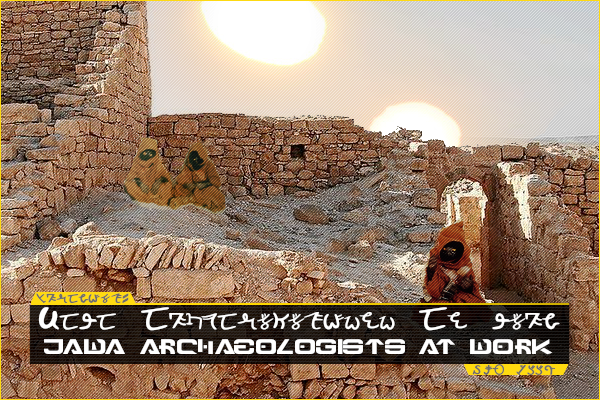 The hardworking team inside the ancient ruins.

The joint archaeological team had been operating for several months on Tatooine near the human colonist city of Bestine, searching for potential locations and evidence of a clan fortress long ago claimed by the ever shifting sands. With a team consisting entirely of Jawas in order to ensure that no aliens witness any forbidden knowledge, the group has been hard at work and has recovered a large number of archaeological remains so far. This culminated last week in the discovery of the site of the historic Ptek clan fortress which was famously raided and pillaged by financially impoverished Tusken Raiders. It was within these buried walls that the team discovered ancient droid parts, Jawa skeletal remains, and the now famous holoprojector. In order to limit the potential risk of malicious actors stealing these priceless artifacts, everything of value was quickly moved off of Tatooine and to a number of secure Magi museums and libraries.

Hik Eep, the archaeologist working for the Xenoarchaeological Institute who himself discovered the holoprojector with the divine recordings, had the following to say after receiving compensation from reporters for taking the time to speak to them: "I am as shocked as everyone else is at the far-reaching religious impact that this could have. When I was sifting through the sand for days I expected to find some old droid parts, maybe a few valuable gems, or perhaps some discarded credit chips that were still valid. Instead, here I am, having helped reveal the very will of the Tinkerer to the masses, and that accomplishment is worth more than any financial sum." As can be seen from this incredible testimony, the Divine Tinkerer clearly excels in stirring the hearts of Jawas for good.

The unearthed holoprojector contained the controversial holographic monologue that was discovered, titled "Divine Proclamations on Business Inheritance," which fell clearly in line with most of the mainline Magi teachings on the subject. However, the financially wise shaman clearly stated at the end of her proclamation that, "A second cousin working in a business shall inherit it before a half-cousin outside of it when the second cousin is not indebted to it." This falls outside of the accepted practices of the Jawa inheritance system, where half-cousins on the father’s side have traditionally been considered close enough in relation to inherit a business ahead of second cousins, even when those second cousins work for the very business which has its ownership in question. However, this great shaman clearly argues that the Tinkerer's will is best served when a second cousin working within the company becomes its owner rather than a half-cousin outside of it. 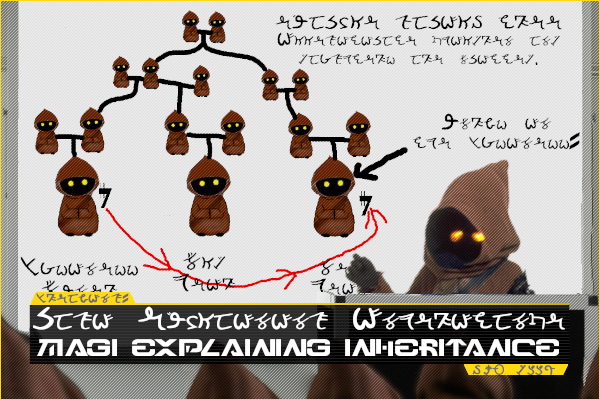 This Jawa is using diagrams to make things seem clearer.

This all builds on the well known Magi theological principle of "Divine Allocation." As a part of the Tinkerer's most wise plan for the universe, he has perfectly determined the most efficient use of resources, whether they be mental, physical, spiritual, or material. Through the divine wisdom of the Tinkerer imparted in his shamans, those who follow the Tinkerer can determine how processes like inheritance should proceed so as best to fulfill the holy Tinkerer’s holy plans. Additionally, significant portions of Magi theology and shamanic prophecies are dedicated to advising the Tinkerer's followers how best to use the resources they possess for divinely guided success. It is only through the fulfillment of the Tinkerer's great and divine will that the universe will be brought out of its current state of suffering and into harmony, known as the ongoing "Great Salvage."

However, the principle of Divine Allocation has been rebuked by certain more monastic Magi sects, who argue that it is often used as an excuse for one’s excessive personal gain. The ascetic Jarupa sect, whose radical members are required to make a vow of "Nyeta Toineepa," or “no credits,” live without money of any kind, claiming that the constant worries over monetary profit are a distraction from fulfilling the will of the Tinkerer in their lives. Instead, most of these Jawas conduct the entirety of their business through trades of items of similar value. This bartering has made the Jarupa Magi famous in their ability to accurately compare the values of items.

Nik Teeka, who is the current leader of the Tointek sect, a prominent religious sect dedicated to the learning and practice of divine knowledge related to money and the economy, has come under considerable attack due to these newly discovered revelations. As those familiar with Nik Teeka will know, as detailed in his popular autobiography, "Small Jawa Big Profit," he famously inherited his half-cousin's droid repair business for which he did not work or have any dealings with until his inheritance, despite the presence of a number of second cousins working in the business. Naturally, it has been viewed as highly problematic that the leader of a sect partially named after the historic Ptek clan would have made his fortunes in direct violation of the Ptek shaman teachings on inheritance. This has been accompanied by Nbak Ptek of the Tointeepa sect and direct descendant of Rika Ptek preparing to take control of the entire sect. 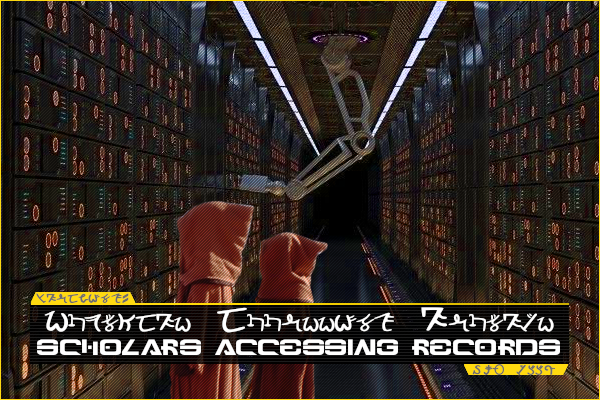 Despite the ongoing turmoil, the Jawa Industrial Magi would like to reassure the public that the Ptek shaman's teaching, while considered wise, are not considered to be "most holy and absolute" in mainstream Magi belief outside of the Tointek sect. While there may have been thousands of Jawa shamans and even more prophecies and proclamations, not all of them have been granted the same level of divine knowledge or involvement in the Tinkerer's most wise and great plans. To quote a technically incorrect but popular analogy, "every Jawa has a different role and approaches their job differently, but they all move the Sandcrawler forward and the whole clan moves with them." While the shamans may have provided great guidance, it is only through the divine Tinkerer that everyone's role in the communal Great Salvage shall be determined.

Additionally, this collection of divine knowledge recovered from the archaeological digs is being prepared for dissemination to the ever growing number of followers of the Magi. Records which are cleared for public consumption are being translated out of their original ancient Jawaese and into modern Jawaese, Jawa Trade Talk, Bocce, and Huttese, as well as more archaic and strange languages like Galactic Basic. Those interested in obtaining these sacred texts at an economical price for personal use or distribution should contact their local Magi.