A human strike force has conducted raids on the planet Kashyyyk, homeworld of Wookiees. The force, calling itself an association of the human races, detained 300 Wookiees. The detainees were removed from the planet and are accused of anti-human terrorist activities. They are being held at an unknown location pending trial.

This incident exacerbates historic tensions between Wookiees and humans. It coincided with the 14th anniversary of another conflict on Kashyyyk, which resulted in the mass deaths of Wookiees. In Year 6 Day 356, humans claimed they conducted a counterterrorism operation there but others called it a deliberate massacre. Observers question whether history is repeating itself.

Aviation records confirm that 300 Wookiees were escorted out of Kashyyyk aboard interplanetary public shuttles. The Wookiees deboarded on planet Togoria, and their whereabouts thereafter are unknown. The unidentified human group has released a statement:

"We are an association of the human races and announce the success of Operation Accarragm. We uncovered a conspiracy on Kashyyyk to commit heinous crimes against humanity, and dispatched our elite team of commandos to infiltrate the planet. Disguised as tourists attending traditional Black Forest Day debaucheries, they traveled aboard public shuttles. 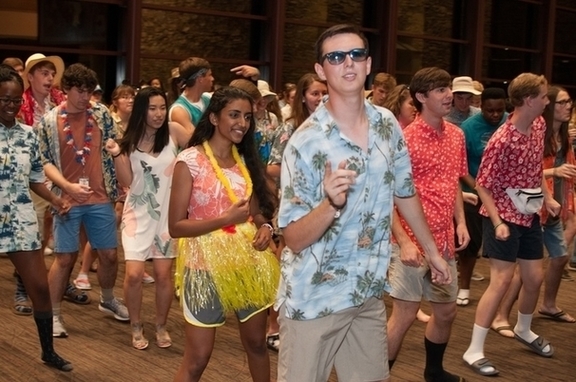 Our commandos disguised as festive tourists

Upon encountering the Wookiee terrorists on Kashyyyk, our disguised commandos gave them accarragm as gifts. That is a highly alcoholic beverage popular with Wookiees. Our veterinarians had laced that stinking concoction with a tranquilizer used typically on unruly beasts at our zoos. After the terrorists drank it and became unconscious, our commandos transported them to the public shuttles for exfiltration.

Kashyyyk residents deemed it normal to witness intoxicated Wookiees carted off on anti-grav sleds during ceremonial events, presumably for detoxification. Our commandos caused no harm to the environs, other than the obscene stench of the accarragm. No casualties occurred. We now have 300 Wookiee terrorists in our custody. They will answer to a court of humans.

We are humane, and consequently we shall be fair with these Wookiees. The New Republic or any other fanatics of Wookiee terrorists can pay their bail via a numbered bank account. People of the human races can join us in forming a jury. Information regarding bail and jury recruitment shall appear in public forums.

We are the advocates for humans, a cause long abandoned by the Galactic Empire. The Empire has decayed into a morally bankrupt, politically useless, racketeering operation. It's partnership with Black Sun and deals with pirates prove the Empire's decay into illegitimacy. Now we are the true supporters of humanity.

We shall not tolerate atrocities against humans by racist aliens. Let the word go forth, to every sentient on every planet, that the human races are indomitable."

This statement apparently reacts to the recent escalation of racial conflicts. One cell of alien supremacists, known as Sanctuary Prime, has even launched a campaign for the genocide of human races. Such radical aliens have gained widespread condemnation, and little support. Yet many sentients fear the prospect of terrorist attacks against humans.

The detentions on Kashyyyk have provoked outrage there and elsewhere. Arklari von Vigihan, known as the most prominent Wookiee, voiced the opinion of many as he harshly criticized the actions and condemned any human supremacists. von Vigihan is king emeritus of Elysia and Chief Financial Officer of Czerka Corporation. He once ruled over an eighth of the galaxy. He embodies the influence many modern Wookiees have achieved outside of Kashyyyk.

von Vigihan, who founded Black Forest Day a decade ago, lamented its disruption this year: "It is terrible that people would dishonor a day of remembrance like this. Have people no shame? What next, kidnapping babies from hospitals, kicking puppies, or other shameful and unjustifiable acts?"

The detentions on Kashyyyk create a crisis for the New Republic, which proudly identifies as protector of Wookiees. After previous conflicts between Wookiees and humans, the Republican government deployed planetary shields throughout Kashyyyk. But shields failed to block the recent human raiders. Hence, the New Republic faces accusations of dereliction in protecting Wookiees.

The Galactic Empire also is getting criticism. One theory is that the Wookiees' detentions are a covert operation of Imperial personnel, whether officially sanctioned or rogue. After the Empire's recent series of territorial losses, Imperials may be seeking to embarrass the New Republic and perhaps to revive humanocentricism. The anti-Imperial rhetoric of the released statement could contrive plausible deniability for the Empire, or alternatively, could voice rogue Imperials' dissent.

The Kashyyyk raids hijacked the most celebrated holiday among aliens, Black Forest Day. Reactions range from despair for the Wookiees to mockery of the clandestine human raiders. Public emotions are raw. Cultural biases are intensifying. The 14th anniversary of mass deaths on Kashyyyk created fresh controversy and vulnerability.

A troubling concern is whether the detentions are a hostage situation. The bail mentioned by the humans could be a ransom demand. Security experts regard detentions by a nongovernmental entity as kidnappings, and note that kidnappings often end tragically. Regarding the outcome, counselors are advising the public to prepare for the worst and hope for the best.

Indeed, there is reason for hope. The statement of the clandestine human group refrains from the kind of inflammatory, racist, and violent language used by radicals, such as Sanctuary Prime. Instead, the human group self-describes as humane and fair. The group may appear to aim for a moderate ideology.

Even so, Black Forest Day's founder, Arklari von Vigihan, disparaged the clandestine human group: "To those that behaved in this way, shame on them and their groups. Desecration of memorial services is a most heinous act. It is to replace the solemn remembrance of prior martyrs with claims of current crimes."

This reporter traveled to Kashyyyk by interplanetary public shuttle and spent several days touring. Most of the planet is pristine jungle, with huge wroshyr trees forging a central role in the habitat and economy. The scattered cities are mostly sparse but several are well developed and memorable. Though a large planet, Kashyyyk has relatively low population and little commerce. 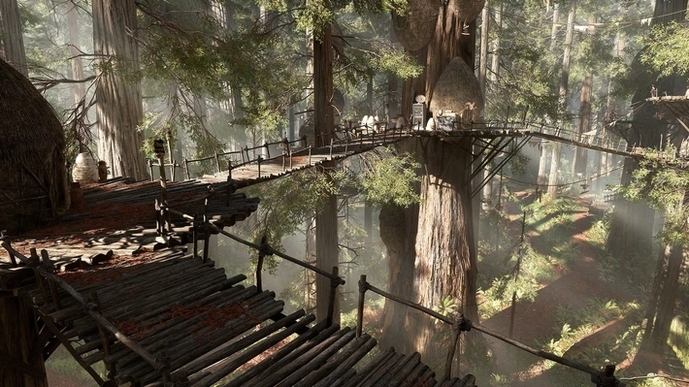 Remembrances of past conflicts are a recurring theme throughout Kashyyyk. Multiple structures pay tribute to Wookiees killed by humans in Year 6, and to clashes with previous governments. From past to present, Kashyyyk's identity revolves around trauma and fragility. The planet is a galactic punching bag. Controversy is periodic, peace is precarious.

The detentions of the 300 Wookiees have left more questions than answers. Additional news will be published as this crisis develops.