The briefing identified the key strategy of the Imperial Union as being one of careful and peaceful transition to the new arrangements for governance. Chief within this plan has been the use of military forces only to assist the local police forces, or to fill gaps where some elements of police forces have refused to recognise the legitimate reign of the Imperial Union. Although General Lothbrok acknowledged not all of the local constabulary were willing to recognise or follow Union law, he emphasised these were rarities and citizen safety was quickly assured through the use of Imperial Union forces as temporary reinforcements. 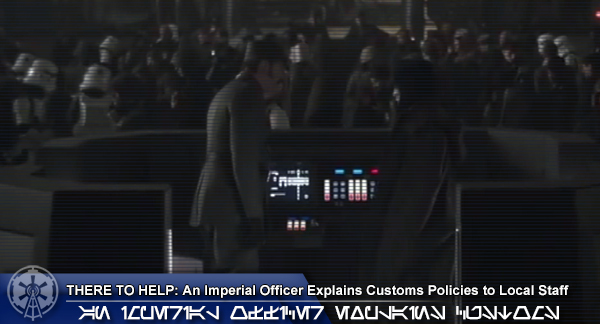 Outlining the allocation of Imperial Union forces, it was confirmed that the Galactic Empire had assumed governorship and occupation of the Csilla, Ehosiq, Sluis, Danjar, Mayagil, Garis, Brema, Grumani, Quess, Savareen, Arkanis, Grohl, and Abrion sectors. These operations were largely aimed at restoring order on these worlds, with consistent reports indicating that small portions of the populace across a number of worlds had turned violent. Refusing to be drawn on the number of troops drawn from the Imperial’s military to form occupation forces, the General did indicate that a number of Imperial Governors had declared martial law on isolated worlds to deal with protests and riots, but expected these movements to die out soon.

Meanwhile, The Faerytail Family was shown to have dispatched forces to the Zoraster, Trax, Mytaranor, Ghost Nebula, and Marasa Nebula sectors. Similar to the Galactic Empire’s peacekeeping forces, Faerytail’s military has eased transition to Imperial Union governance, with few reports of violence or crack-downs coming from these regions. This was backed by General Lothbrok’s report that Faerytail was focused on fortifying the worlds from likely Galactic Alliance attempts to invade given their proximity to The Resistance and Triumvirate Coalition; strong supporters of the defunct New Republic. 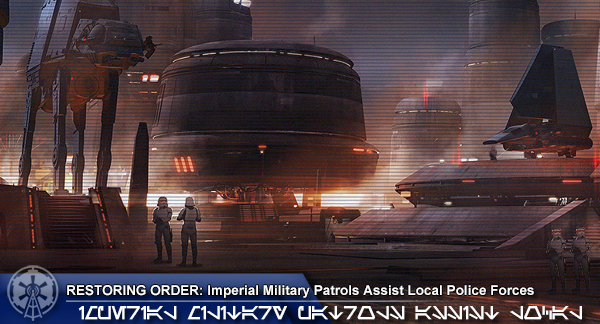 The Tesario Star Kingdom and Black Sun militaries are known to currently be engaged in active conflict due to an increase in military deaths and casualties being reported by families of injured and lost soldiers. While the Defence Committee has confirmed a series of border skirmishes have taken place after aggressive actions by forces of The Resistance, additional information about events within the region were avoided by General Lothbrok who cited a need to maintain operational security for that area of operations. Operational security of this nature has typically only been seen during preparatory phases of military campaigns, with several analysts predicting the surrender of the New Republic having pushed the Galactic Alliance into rapid and large-scale counter-action. Traditionally lethargic border controls between the Imperial Union and Galactic Alliance have been dialed up, with many sentients finding it much harder to traverse, and traders suggesting tensions are running exceptionally high with a noticeable increase in military patrols and aggressive customs inspections.

With the galaxy sitting on edge for the past two months, today’s briefing by the Imperial Union’s Defence Committee is a sign to many that the collapse of the New Republic is settling into a new status-quo, and we are likely to see the expanded Imperial Union stabilise in the coming months as planets become accustomed to their new government.