(The Holoscreen cuts to black, then opens to a logo with short but thunderous theme music playing with it) 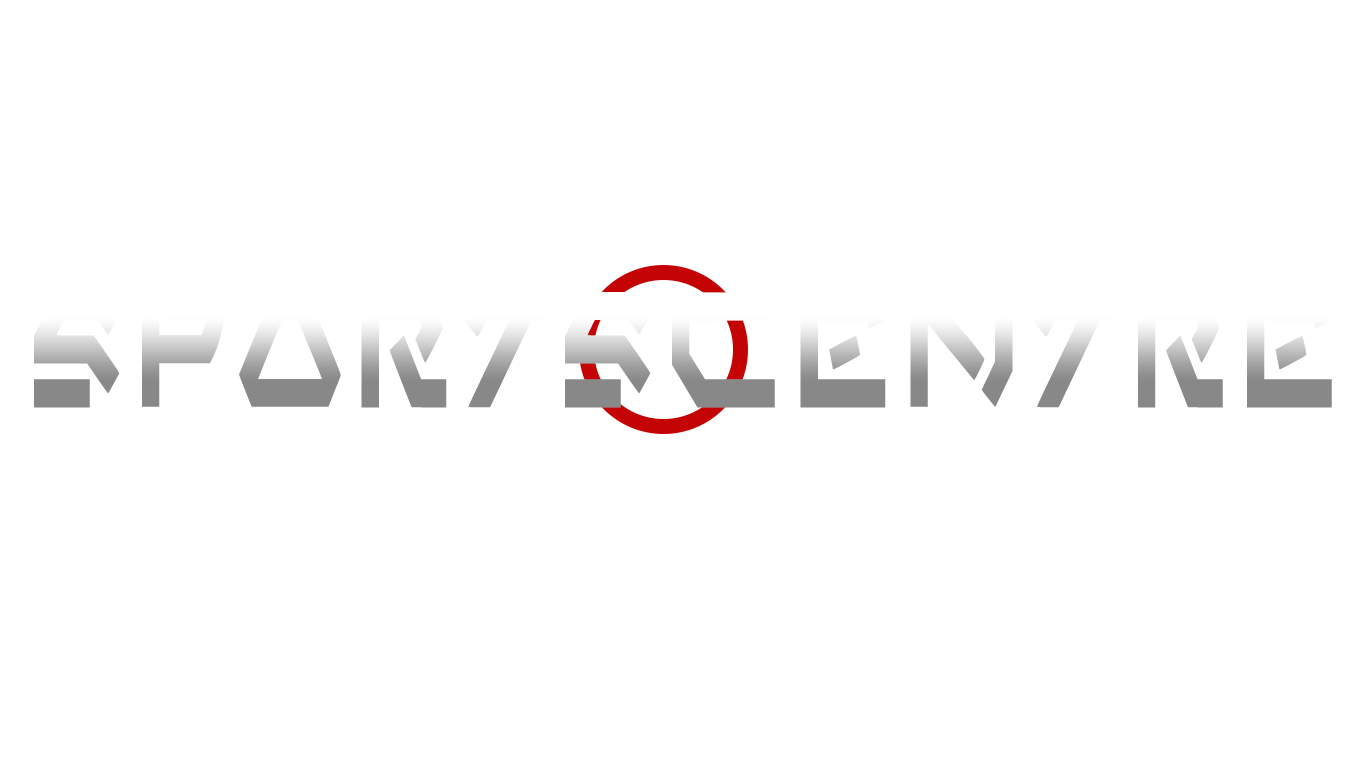 “Hello, and welcome, to Sports Centre” says the anchor, as he appears. “Today we’re bringing you the highlights from the newest sporting craze across the galaxy; the Underground Fighters Championship! UFC #1 went live on Day 234, with fights that will be talked about for decades to come.”

(The Screen changes to show highlights from the first bout)

“The first fight of the day was between Nisru Blackwing and Vorian Hadal, at was a thriller... one that certainly set the pace for the rest of the day. The crowd went crazy as the fighters entered the cage, avidly waiting for the fight to begin. Once the bell rang, all hell broke loose. The fighters met each other in the center of the cage, leaving nothing in the gas tank. With only 10-seconds left in the first 3-minute round, Hadal landed a devastating overhand right directly to Blackwing’s chin, which stopped him in his tracks. Let’s see that again, in slow motion...”

(The screen cuts back to the punch. Hadal’s fist squarely hits Blackwing in the jaw... Blackwing stumbles and falls on his back. He quickly rolls over and starts to stand, and then falls to his chest, with Hadal looming overhead. The referee jumps in the middle and stops the fight)

“The fight ended, giving Hadal his first victory in the UFC, and what a victory it was. The ruling was a win by TKO with 10-seconds left in the first round. After Blackwing had regained his senses, the two fighters insisted to continue until Knock-out. Fenri Bjornolf, the League Manager, allowed the fight to continue.
The bell rang, and again the fighters went at it. Blackwing managed to one-up his opponent this round though and knocked Hadal out. Thankfully medically providers were on site, thanks to the Medical Sponsor: Endless Medical Solutions. Despite being knocked-out in this ‘Bonus Round,’ the fight still sits in Hadal’s record as a win.”

(The screen cuts to Blackwing, after the fight concluded)

"The fish was faster than I expected, giving him the upper hand. I'm glad Hadal agreed to continue fighting until one of us was knocked out, despite him having already won by decision, so that we could really give a good show as the first fighters to ever exchange blows in the UFC! He may be the most honorable fish in the galaxy. I look forward to a rematch in the future." - Nisru Blackwing.

(The screen cuts to Hadal)

“Entirely unsure and wholly prepared for the worst, UFC #1 turned out to be the best day of my life. Hanging out with the other fighters, getting to know them, President Bjornolf, and the other Skulls has truly been a blessing. The opportunity to face Mr. Blackwing is going to turn out being a defining moment in my life. There are days you will look back on, full of nostalgia, but it is rare to stand there in the moment and be able to fully appreciate the destiny of that moment while you’re still in it. For that, I have to thank The Skulls and all the sponsors for giving me that priceless treasure.” - Vorian Hadal.

(The screen cuts back to the Sports Centre anchor)

FIGHT OF THE NIGHT

“The second bout of the day was an absolute thriller, and featured Vobak Dal against Ozzy Vazul. This highly anticipated fight, a true epic, became the fight of the night without question. As the fighters entered the cage, the crowd was fired up. They chanted ‘OZZY... OZZY...’ repeatedly up until the announcer started to introduce the fighters.”

(The screen cuts to a highlights reel from Dal vs Vazul)

“As the first round started, Dal came at Vazul like a woman scorn... landing many significant hits. Dal dealt a large amount of damage to his opponent in a very short amount of time. Vazul took the hits and held off for much of the round. It almost looked like Vazul wasn’t quite ready to begin. Towards the back end of the round, however, Vazul really opened and gained back a ton of points with significant hits to his opponent.”

(The screen shows a heavy left uppercut into Dal’s ribs, right as the buzzer stops the round)

“Dal was expected to dominate round 2. When the bell rang, he launched out of his corner with the same intensity that he showed in the first round, and pummeled Vazul. Vazul moved a lot slower in round 2 than he did in round 1, but his attacks were even more calculated than before.”

(The screen shows Dal, in between punches, trying to adjust and tighten his hand wraps)

“About halfway through the round, Dal began to have issues with his hand wraps. Vazul used this opportunity to completely dominate the round, dealing major damage to Dal.”

(The screen flashes, ROUND 3)

“As the bell rang to start round 3, both fighters met in the center of the ring to trade an onslaught of blows.”

(The screen shows, in slow motion, as both fighters catch each other at the exact same time with right crosses, knocking each other out at the same exact moment)

“In a moment that will be spoken about for decades, the fight ended with both fighters unconscious on the mat... with no clear winner in this bout, the match went to the judges for decision. The judges, after conferring and counting the points and significant strikes, concluded that Ozzy Vazul was the winner by Decision.”

(The screen cuts to Dal after the fight)

“I want to thank the Skulls for allowing me the opportunity to fight in the first ever UFC. Ozzy Vazul was a great opponent and fought well. I long for a rematch to prove that I should have been the true victor. However, I give much respect to the Whipid race. Those are a tough breed.” - Vobak Dal.

(The screen cuts to Vazul)

(The screen cuts back to the anchor)

“When it came time for the Main Event, Ethan Stellar was nowhere to be found. Having missed not only the check in, but the start time as well, the Macho Whiphid Korin Jal was not happy. With tensions and drama at it's peak, Jal had this to say...”

“Yeaaah, yeaah, WHERE YOU AT STELLAR!? You been runnin around, GrAnDsTaNdInG n HoTdOgGin in our bar! And now you can’t even show up for our fight!? Scared yeaah, yellow yeaah, cOWarDLy even I would say yeaah! Yeah that fish Vorian Hadal has more backbone than you Ethan! More COJONES yeaah! I dont blame you for not wanting to fight the Macho Whiphid, but you signed a contract with the Guyana and if you dont show up in the next two hours im gonna put your name on another contract! You gOT TWO HoUrS to make it happen captain! Or im commin lookin for you outside the cage yeaah, cuz Im a fighter’s fighter, and Im feelin real SPUNKY yeaah! Whooo! Where you at sucka?” - Korin Jal.

“With only moments to spare on the Macho Whiphid’s ultimatum, Stellar showed up. The crowd went berserk as he entered the cage.”

(The screen cuts to highlights from the main event)

“Round 1 was one for the ages. Stellar, fast on his feet, managed to hang with the Macho Whiphid throughout the round, dodging strikes and dealing damage of his own. The few strikes that Jal did manage to land, however, took a serious toll on his opponent. At the end of round 1, Stellar was left dazed. So dazed, in fact that Stellar refused to let his cut-man do his work in between rounds. To help us analyze what happened next, we have the ring announcer, Roe Jogan, here in the studio with us... let’s hear it, Roe.”

(The screen cuts to Roe Jogan) 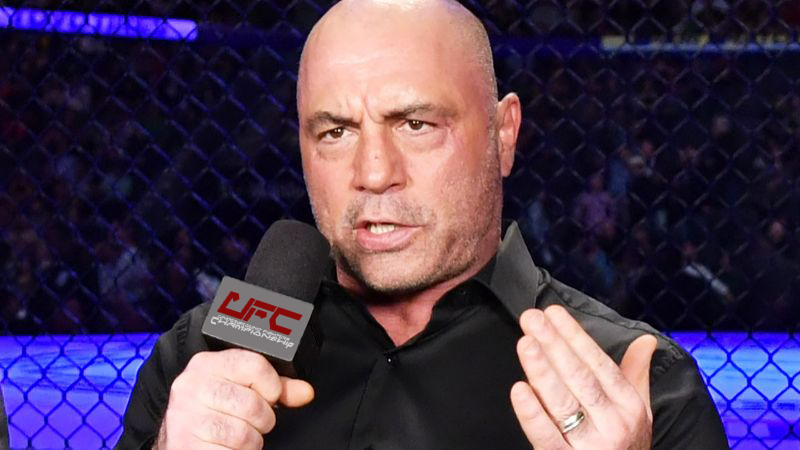 “Thank you for having me. Yeah, as you can see in this clip... Stellar is very dazed and confused. I don’t know if it’s the alcohol that got him before the fight, or that last punch from Jal... but he is not in any good frame of mind to continue this fight. Look at the way he pushes his cut-man off him.

Then, Stellar decides to engage with the crowd! I mean, you got to hand it to the guy, it’s great to see a fighter that wants to make sure the crowd is entertained... but this is ridiculous.

As the bell rings, he’s stepping backwards, oblivious to anything that is happening inside the cage. Look at that! He stepped on Jal’s foot! And then, here it comes-”

Roe Jogan Continues, “And... BOOM! Lights out... He never knew what hit him.”

(The screen cuts to Jal after the fight)

"Well you know, Mean Fenri, I never had any doubt who the baddest man in that cage was yeaah! And I knew that hot dog couldn't stand the heat, and this first UFC has got me ready TO THROW ALL THESE HOT DOGS IN THE POT AND START BOILING! Yeaah you cALL it WhAt YoU wAnT but I call it Whiphid Madness and it ain’t going no where! I'm PuMpEd AnD ReAdY fOr My NeXt FiGhT, LeTs Do It AgAiN! OOOOOHHHHHHHHH YEEEEAAAAHHHHHH!!!!" - Korin Jal.

(The screen cuts to Stellar)

(The screen returns to the anchor)

UFC #1 was a fantastic time. From what we’ve been told, UFC #2 is already in the works, and is scheduled to go live on Day 280! If you’re anything like me, then I bet you can’t wait to see who will be fighting next.

Thank you for tuning in, this was Sports Centre.”

(The screen flashes the logo, again with the theme music. The screen then shows black, and returns to local programming)