Samasca: “This Samasca Dedclar reporting for the Gazaan Planetary News Network. I am coming to you live from the landing fields of Gazaan’s major metropolis, where Rebel Alliance forces have been landing for the past three days. This movement is in response to intergalactic intelligence reports that the crime syndicate, Zann Consortium, has intentions of invading the Gazaan system as an expansion of their occupation of the nearby Derra system. I’m here with Colonel Zansatsu Yoan of the 101st Howling Hawkmoons, an elite ground regiment that is a part of the Rebel Alliance deployed at Gazaan.  The 101st was one of the first RA troops on the ground and has been integral to the defensive preparations of our planet. With over 1,200 Alliance troops on the field, do you feel that your forces and preparations will be enough to repel Zann invaders?"

Yoan: chuckles “Rebel high command is in full control of the situation here on Gazaan. Our response here will be more than enough to take care of those criminal scum. From the rebel forces to Zann, I say this. Go back to hiding in their underworld holds. The combined strength of the Rebel Allia-“  Yoan's comm links erupts in chatter. An aide runs up to the officer, whispering frantically.

Samasca: ”Colonel, has there been a new development that the public shoul-“

Yoan: “This interview is over.” He begins walking away quickly, bellowing orders. Suddenly he stops and looks up into the sky with everyone else around. Massive capital ships appear through the clouds over the city. Swarms of small craft begin pouring out of them. Green and red lights flash from the ships.

Suddenly, the camera view spins wildly as the audio is overloaded with a roar of noise. The view cuts out briefly. It comes back with a view of the reporter running ahead of the camera. She is covered in dust and a gash is bleeding on her forehead.

The camera view shows the reporter crouched behind a pile of rubble. A massive palace surrounded by a city tower fills the background. Flashes of blaster fire can be seen throughout the complex with distant shouting and explosions.

Samasca: “Samasca Dedclar here, reporting from the outskirts of Wolf Palace, the planetary seat of government for Gazaan where a battle between Zann Consortium and Rebel Alliance has been raging for days. This follows the disastrous defense of the main cities of Gazaan, where Rebel forces were overwhelmed and driven back by the highly organized and lethal Zann offensive. Rebel casualties were reported at over 215 troops and 11 rebel high-level officers within the first few hours, with rebel forces injuring 36 enemy troops and one Defiler.

GPNN has accessed RA estimates showing the enemy forces numbering over 8,000 in combined strength. We have reports that in addition to the Zann troops led by the Defilers, Void Wolves pirates have been spotted among the attackers as well as Dark Star Hellion mercenaries and Crimson Dawn zealots. These forces are led by the Komoniic (Crime Boss) and field commander, Bork Shalas.

Following the decimation of Alliance defending forces, RA high command has called for reinforcements from allied governments and even the Jedi Order. GPNN shows the alliance forces to number close to 9,000, though heavy casualties have been sustained in efforts to oust the criminal elements from Gazaan cities.”

Samsca flinches and ducks as a particularly loud explosion rocks the palace behind her, pelting the news team with bits of stone.

“The battle you see behind me is the second attempt by rebel troops to take back Wolf Palace from Defilers. We’ve seen over 190 casualties being carried out by Alliance med teams, including what looked like several badly injured Jedi. It is rumored that in a desperate attempt to turn the tide the Alliance unleashed a Rathtar into the fray just hours before, only for it to be cut down by Komoniic Bork Shalas himself.”

An alarm begins sounding in the background. Rebel troops are seen running from the palace, chased by red blaster fire. A shadow falls over the cities as a battle-scarred red capital ship moves over the city. Drop ships scream overhead. Samsca turns back to the camera.

“Alliance forces are retreating from the palace. We have to move. Samasca Dedclar signing off.”

The camera view shows an apocalyptic scene. Collapsed buildings and rubble fill the horizon. Blackened craters dot the landscape. Smoke fills the sky and fires rage in the distance. Samsca stands, haggard and worn. Her clothing is muddy and torn, her face is smudged with smoke residue, smeared where she tried to wipe it away for the camera.

“Samasca Dedclar reporting live from the outskirts of the remains of the metropolis of Gazaan. In what we can only surmise as a desperate attempt by the Alliance to deny Zann forces control of the planet, Mon Calamari cruisers began orbital bombardment of the enemy occupied city after seven days of fighting which ended in the desperate retreat of rebel forces. The destruction was…appalling. Thousands-“

Samasca's voice catches. She pauses a moment before continuing.

“Thousands have died, most of them civilians who were unable to escape the city in time. Zann Defilers and mercenaries still occupy what’s left of the city, protected by defensive shields surrounding palaces in the northeast and southwest quadrants. Rebel forces are in complete rout, fleeing to the outer rural areas where reports of skirmishes are being fought intermittently. After three weeks of conflict, Alliance casualties number over 3,000 with Zann forces losing less than 700.

Minutes ago, GPNN received a communication from Saiko - Komon Kyota Navic, leader of the Zann Consortium. It consisted only of an image of a kill sheet, showing the defeat of over 30 high ranking Alliance officers, including commanders Cedron Tryonel, Karl Hawkmoon and Kaze Zill of the Blue Star Dominion. The following statement was given by Navic, “The galaxy shall know our strength.”

We have reports of a final Alliance offensive gathering on day 297. We can only hope it will be enough. This is Samasca Dedclar signing off”

The camera shows a scene of chaos on a rocky plain. The metropolis of Gazaan burns in the distance background while the wreckage of vehicle warfare litters the valley nearby. Troops are hastily boarding drop ships and load wounded comrades. A holo scene of attacking Defilers is displayed in the background. Samsca stands to the side, mic in hand.

Samsca: "Samasca Dedclar reporting from the live from the valleys south of Gazaan metropolis. Over the past day, the Rebel Alliance forces have launched a major offensive in a desperate attempt to knock loose the iron grip that Zann holds on Gazaan. GPNN has reports of over 1,000 Alliance casualties in vicious firefights surrounding the ruins of the metropolis. Yet despite this sacrifice, the best Alliance has been able to do is contest several territories occupied by the Zann Consortium. This leaves the majority of the planet within control of the crime syndicate.

Rebel High Command has issued statements saying that they were unconcerned with control of the planet during these final days, instead seeking to engage with the mercenary forces of Zann. GPNN has compiled an estimation of casualties of rebel forces compared to the enemy invaders. While the Alliance has yet to admit defeat, we are left to ask if this can be considered a victory by the Rebel Alliance, with such a loss of life in troops and civilians and so little gained. And what will the future hold for the planet of Gazaan under the rule of the Zann Consortium? This is Samsca Dedclar of the GPNN, signing off."

Statistics of battle provided by GPNN 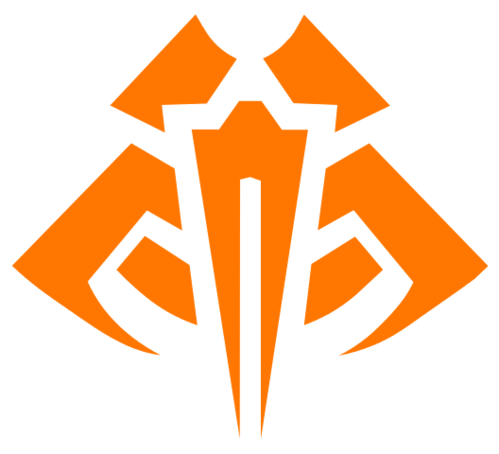