"Greetings, Sentients of the Galaxy and welcome to my first episode of Hellion Broadcasts. I'm your Host, Dexen Ganymede." 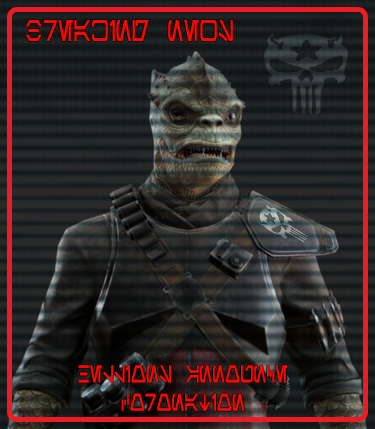 A young looking Trandoshan male stands on the bridge of a Raider-class Missile Corvette dressed in Armor that was branded with the Dark Star Hellion logo on the pauldron. He was accompanied by two red and black C1 droids, and in the background a Falumapset was just casually roaming around as if it belonged there.

"In the wake of a new year here in the galaxy, heads have been turning slowly out of curiosity and interested towards the Scums Tavern, ran by the Dark Star Hellions Prez, Hondo Walker where rumors have emerged that they will be holding a Coronation in the coming days for one of their newer patched members, the familiar Sluissi barkeep Scrap, who will be accepting the crown as the first Hellion Queen." 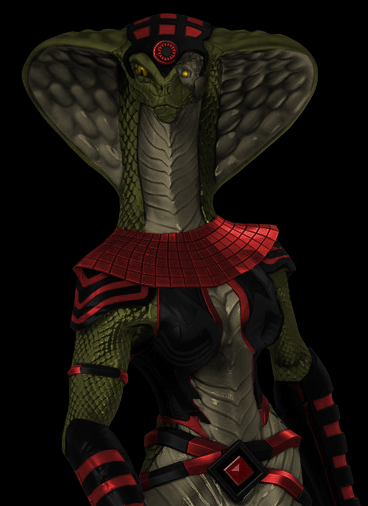 A brief image of the Sluissi popped up in the corner of the screen, dressed in fine red and black garments and a simple black browband. Dexen continued with his story moments later.

"Crowds have already started flocking from far and wide to catch a glimpse of the would-be Queen, who is already recognised by her Brothers as "Her Royal Hellionness" who spends her time between the battle zones of Derra, the Scum's Tavern, and fighting to save the population of the dwindling races following another outbreak of the Derra Virus. Having been researching this terrible outbreak, using previous outbreaks as the basis of her studies, Queen Scrap has learned that the population of her own race, the Galactic serpentine known as the Sluissi, as well as numerous other races, are close to extinction."

"Plans to release a public speech will follow the Coronation, but what is currently known is that she is casting a desperate plea to all sentients to dig deep into their hoards of trophies from hunting for those unwanted items containing vital genetic information that could be used to save the populations of countless races before they are wiped out completely. With these items, Scrap hopes to work alongside Pharmaceutical Companies across the galaxy to come up with an antidote for the virus and its potentially life threatening strains, that will be easily affordable and accessible for all who need it." 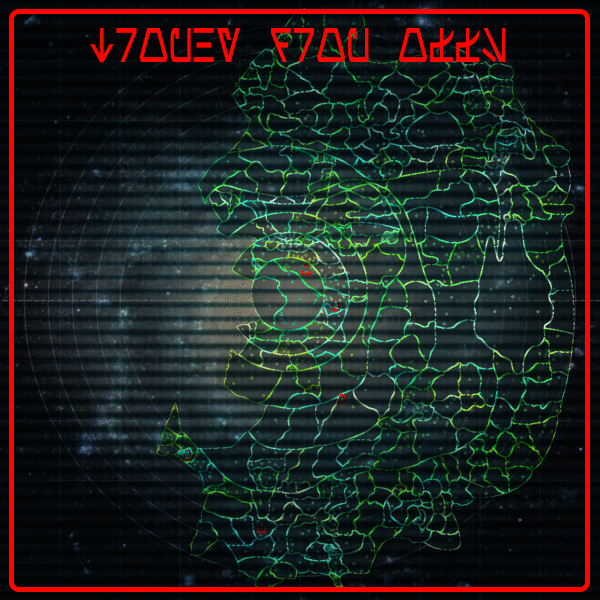 A map of the Galaxy pops up showing various locations of drop-off points for the trophies including Kira CW, Corellia, Corporate Sector and a small part of Deep Space in the Koro-Teta system. The Trandoshan male then reappears on the holoscreen.

"This movement, along with several others are how Scrap has started to work her way into society as an honorable and unique Outlaw, attending luxurious events hosted by Calex van-der Plas at the Galactic Connoisseurs Club, and attending the Temple daily to seek the Scorekeepers guidance in her quest to save lives."

"You can find Scrap at the Scum's Tavern, or somewhere in the heat of battle in the Kira CW system fighting bandits and hostile beasts in the search for those vital, important DNA strands to start her antidote development. Until then, however, all are welcome to attend the celebrations and taste some of the homemade concoctions that Scrap takes pride in designing, setting aside all political differences to enjoy a rare occasion such as the Coronation. Who knows if things will start to change in the galaxy for the Hellions with a woman working her way up the ranks. Only time will tell. Our diplomatic correspondence has informed us here at Hellion Broadcasts that Scrap will be speaking publicly in the next few days, explaining in great detail her plans for the population crisis, thoughts on her Coronation and so much more."

"This is Dexen Ganymede, reporting live from the HFFH Conquest, in the Kira CW system. Stay tuned for more updates in the coming days, and thanks for watching. Goodnight, and may the great Hellion watch over you all."