The screen in front of you begins to flash with bouts of static, as if something or someone was interfering with the broadcast. The screen flashes with the logo of The Skulls Swoop Gang, followed by a clearly amateur opening tune played on an Ommni box. After the introduction wipes away, Roe Jogan of the Underground Fighting Challenge takes the screen.

"Hey folks, long time no see. Roe Jogan here. I'm not sure how much time we've got on this broadcast, so I'll just let it loose. The Skulls Swoop Gang is hosting another Underground Fighting Challenge tournament. The second season of the Grand Prix is officially announced."

The broadcast shows replays and highlights of the previous season of the UFC Grand Prix. Jido Kalradia's close match against Anakin Sky replays in all its glory. The infamous tie-breaker between Sinya Ani and Christian Hall, along with accompanying commentary and audience cheers, is quickly recapped for new viewers. A final frame of all the competitors shows on screen, looking triumphant and satisfied with their individual performance, before cutting back to Roe Jogan.

"Whether you're a returning guest or looking to make your name in the galaxy-famous fighting tournament hosted by The Skulls, you're welcome to fight. If you're interested in competing in the tournament, please contact Harlan Ulikk, President of The Skulls Swoop Gang, for more information. Rules and regulations are to be discussed at a later date, but are expected to be fairly inline with past tournaments." 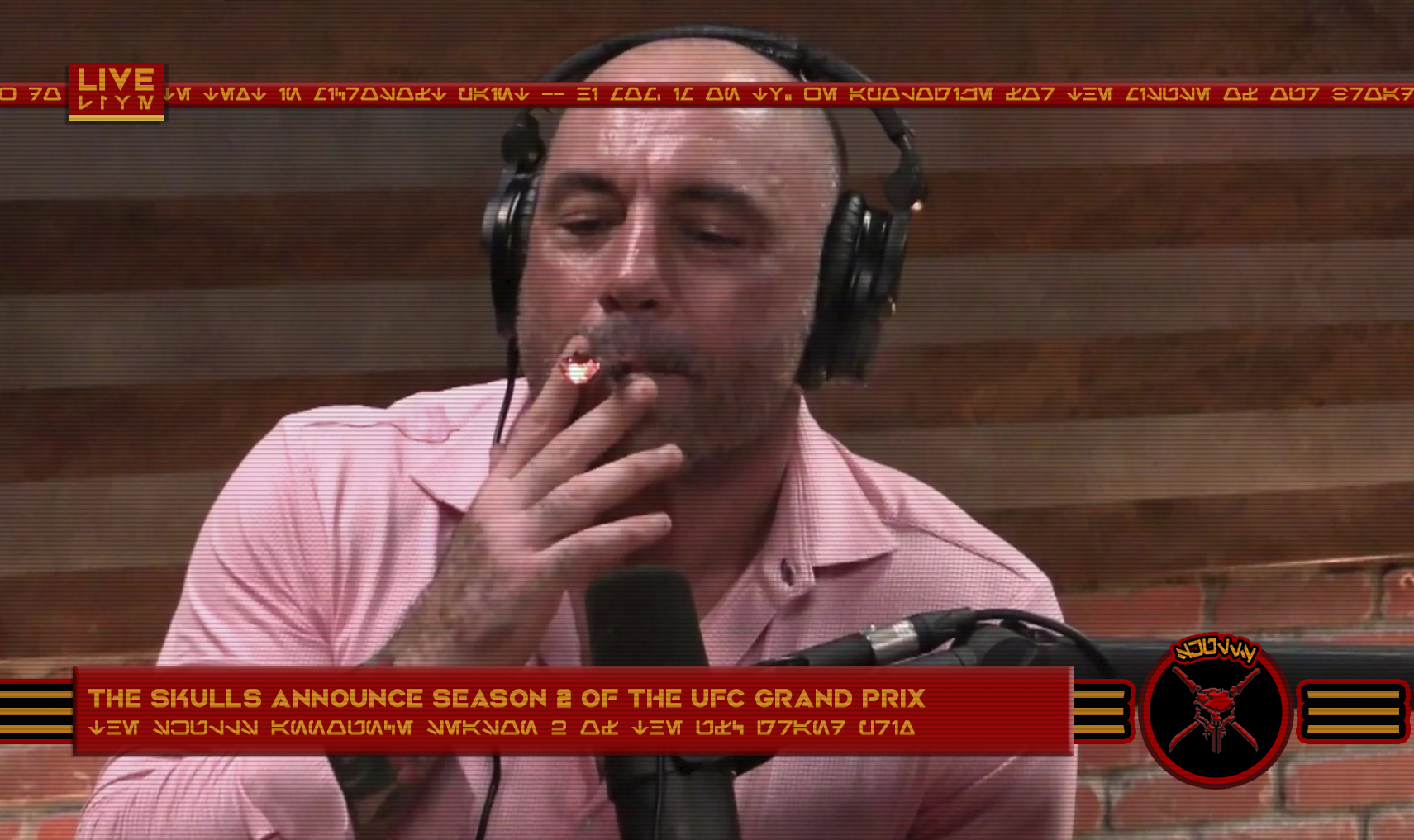 Roe Jogan smiles at the camera, grabs a Ryll cigar (courtesy of The Skulls' Bad Alibi Bar and Grill) and lights it. He takes a big puff and lets out a satisfied exhale.

"The tournament is expected to be held on Year 23, Day 260 on planet Serroco. Hope to see you all- Oh, hold on, looks like we've got an emergency broadcast..."

The broadcast suddenly cuts to footage of thousands of K-4 Security Droids being gunned down en masse by hostile forces. The action is visceral, engaging, and overwhelming. Heaps upon heaps of droid debris are scattered across the jungle city of Serroco. Soldiers march down the streets, grabbing droid debris and smashing it against the wall for fun. K-4 droids' electronic screams cause the audio to peak before the camera cuts to a less horrific scene. 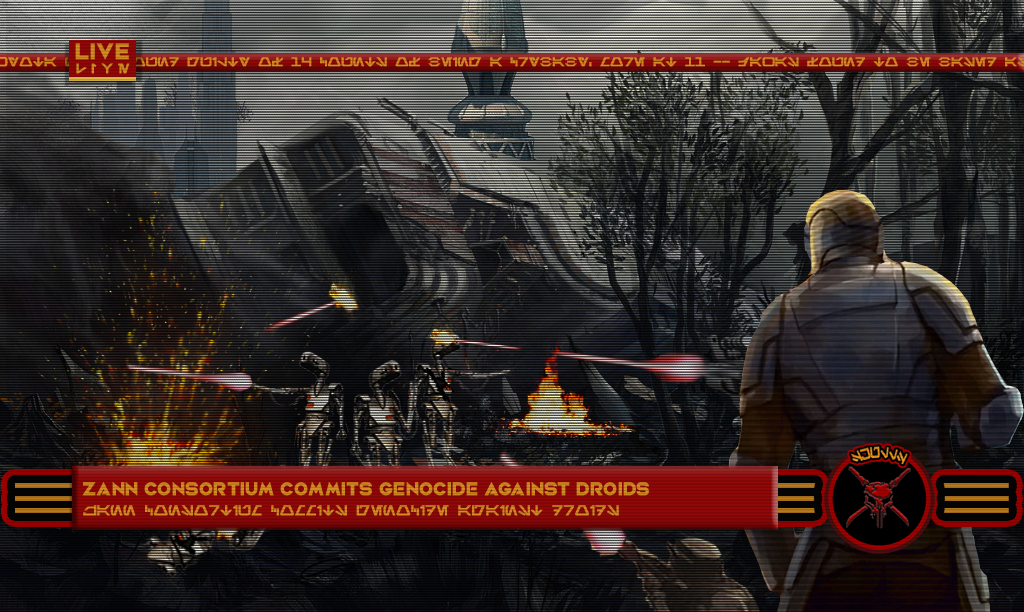 A Human man speaks from behind a handheld camera. A skirmish between some troops and K-4 droids can be seen unfolding in front of him.

A K-4 droid storms the camera, screaming, "Please, do not harm us. We simply want to coexist with all sentients. We mean you no harm." A Zann Consortium soldier then rushes at the K-4 droid, smashing it into a million pieces and stating to the camera, "Death to all droids. Hate 'em all. Scum of the galaxy!"

The Human man holding the camera scurries off and the camera footage cuts back to Roe Jogan.

"Huh, okay. Well, good luck to them, I suppose," Jogan states, taking another puff from his Ryll cigar, "Anyways, make sure you folks head on over to Serroco for the next season of the Underground Fighting Challenge, Grand Prix. I look forward to which contenders will step forward and compete. Jogan, out."

The hijacked broadcast returns back to its scheduled programming without a hitch.