On a recent evening, the Galactic Holonet Network was hacked by members of the Archduchy of Tolanda. The hacked message began with the image of a human male in a dark grey uniform. He sat stiffly behind a heavy durasteel desk topped by a computer display filled with obscured code, next to a holoprojector showing the same broadcast on a half-second delay. 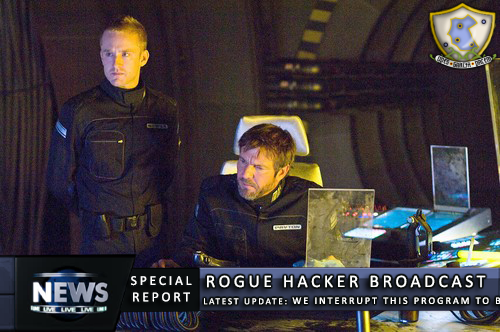 “Sentients of the galaxy, I apologize for interrupting your scheduled broadcasts, but we believed that the following message would have been blocked by Imperial censors. My name is Thrae Claddlyl, Squire of the Knights of Tolonda, and the Archducal representative for galactic communication.”

The fellow showed a weary grin through his scruff of a beard, and he bowed slightly to the camera. “My compliments to the ISB for their security protocols. They certainly served their purpose at delaying this message. Tonight I wish to speak of the status of the ongoing conflict on Krmar, the rightful property of our people, which has been infringed upon by outsiders from a hostile monarchy.”

“As the recent transmission by the throne of the Faerytail conglomerate stated,” Squire Claddlyl paused to smirk at the irony of his own words,​ “our beloved Duke Corey Vildras had fallen while carrying out a vital mission among the Krmar people. I can confirm that, despite his being lost to Fareytail forces, the late Duke’s mission was a success.”

“Unbeknownst to the Faerytail oppressors, a secret guest had been present in the section of Krmar they wrongly claimed as their own. The intelligence arm of the Archduchy, known as the Whispered Scrollkeepers, have long maintained a secret known only to the elders of their order, and to select members of Tolandan nobility. Archduke Uther von Kaldreon’s own son, Prince Arthur von Kaldreon, had been hidden away as a child so that our enemies could not threaten his life, nor imperil the wellbeing of our people by using a captured Prince as leverage.”

“As such, the young Prince was raised by a cadre of Scrollkeepers away from the public eye, knowing his future duty would be fulfilled when he came of age. Unfortunately, this cadre was based on Krmar II, where it had been in seclusion for nearly two decades. With Faerytail forces blockading the planet, and their slavers roaming the surface, this turned out to be a dangerous posting. Many Scrollkeepers sacrificed their lives in order to keep their secret safe.”

“Today we honor their sacrifice, and Duke Vildras for his courage. He served the Duchy to the very end, as Margrave Adin Cole led Ducal forces on a widespread assault on Krmar, the Duke's own strike team located and extracted the hidden Prince.” The Squire paused once more as he struggled to keep his emotions under control.

"Although the biased and inaccurate Faerytail press corps suggested Duke Vildras was alive and well and acting the fool in Simkins' court, we in Tolanda have treated his current status as lost in combat. To that end, the Duchy will hold a special funeral service, albeit with an empty coffin, in order to allow the people to say their proper farewells."

“To counter the slander from the court of Simkin Dragoneel, and to bring some joy to the Duchy itself, I have been granted the honor of reporting that Crown Prince Arthur Von Kaldreon has returned to the land of his people, and that his upbringing will be handled by Baronet Ryder, Knight of Tolonda, until such time that Prince Arthur has come of age and can legally take up his responsibilities within the Archduchy.”

The Squire slammed his hand down upon the table, and his voice rose to match his fervor. “Tomorrow is another story, for the war to reclaim all of Tolonda from the Faerytail invaders continues. No longer restricted by our need to rescue the Heir to the Quantum Throne, we will rescue our people from their oppression, and destroy the orbiting platforms that are even now ringing the planet, whose sole purpose is to imprison and starve the innocent citizens of Krmar.”

“The Faeries know they cannot stand against the coalition arrayed against them. Simkins wishes only for our people to suffer for his own twisted amusement. In the weeks to come, we will right this wrong and repay it a hundredfold. We say to the galaxy at large that we will no longer suffer the depredations of these terroristic invaders.”

“To all Tolondian citizens and denizens, on Krmar and beyond, remember that despite what is said among our detractors, and the bias of those who do not true hardship, we shall endure for we will be free of tyranny, we do not despair for we are unbowed and unbroken! So says Archduke von Kaldreon! So say the spirits of the fallen! So say us all!”
The hacked transmission ended with the man holding a closed fist to his heart in a Tolondian salute, before his image was replaced by the Shield of Tolonda emblazoned across the holostream. A scrolling list of the names of the fallen began cycling underneath, until the broadcast was cut off by ISB censors who had finally isolated the frequency on which the broadcast originated. 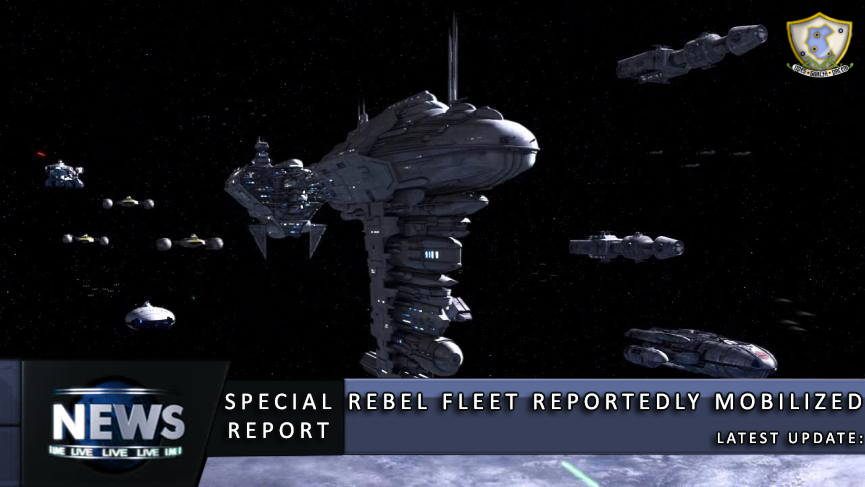