The Cathedral of Winds, nested within the largest mountain range of planet Vortex, was built centuries ago by the native inhabitants, the Vors. Intricate spires, towers, windows, and doors all connected by a network of bridges make up the Cathedral's structure. Standing approximately 68 meters at the highest peak, the Cathedral is a towering, delicate structure built out of a bright crystalline material, among the most beautiful in the galaxy. But the breathtaking architecture is not the Cathedral's primary attraction.

Unusual in design, the Cathedral of Winds is intended to channel the constant blustering wind of Vortex through the halls and openings to produce a variety of tones. Passing gusts whistle and moan tunelessly through the halls most of the year. However, during an annual celebration of the seasons, Vors from around the planet gather at the Cathedral to perform the Concert of the Winds. Shifts in the atmosphere drive the gales even harder, causing them to blow steadily throughout the Cathedral. Using their own bodies to cover openings, the Vors channel the winds to create music that is among the most mesmerizing in the galaxy. Each unique performance, played entirely from memory, evokes a spectrum of emotions that reflects the moods of the Vors over the last year. Since a recording of the event has never been allowed to be created, the audience has only their own fragile recollections of the music to revisit until the next year they are privileged enough to attend. Though these memories may be too fleeting and changeable to survive through the intervening months, their impermanence reflects the transient nature of the concert and all that it represents for the Vors.

The Concert of the Winds has become a prestigious event. Those who can afford the expense charter private shuttles to Vortex, while others work and beg their way as part of a pilgrimage to the Cathedral. Galactic cruise liners often plan a port call at the planet, selling access to the event at a premium price. 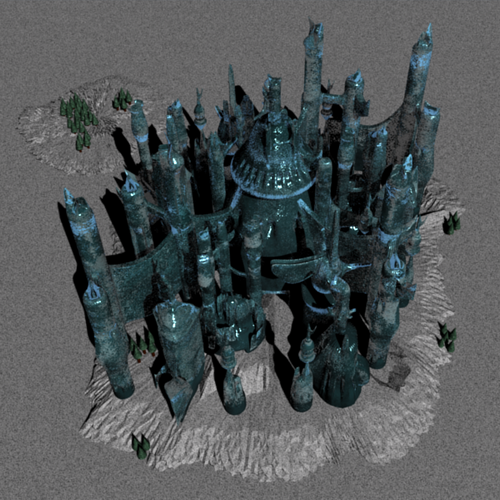