Originally designed for nobility, the Windrunner-class Air Barge was a common sight amongst the Serenno elite, who much preferred the elegance of airships to modern repulsorcraft. To further this aesthetic the Serenno nobility often competed to have the most ornate and highly personalised air barges, which led to the creation of the standardised design most commonly seen in the galaxy. The noble houses would often purchase a blank vessel and commission artisans and master craftsmen to fashion masterfully customised vessels. However, this desire for customisation led to the basic design lacking any real advancements of its own. As such the Windrunner-class were left unarmed and included only the most basic of sensors. These restrictions, however, didn't prevent the design from spreading across the galaxy to nobility and crime lords on other planets. Although as most planets lacked the master artisans and craftsmen of Serenno these examples were mostly for show and typically only saw use for affairs of state, high society events or simply to showcase one's position and wealth.

Unfortunately due to the high customisation and noble status of the Windrunner-class Air Barge, the design slowly fell from favour due to being seen as an easy target by criminals and pirates. Marauders often targeted these vessels in the hope of finding expensive modifications or an easy ransom, which sadly led to an increased demand for armed escorts and led many to abandon their vessels in favour of more robust and armed modern craft. This led to the eventual discontinuation of production on Serenno and the liquidation of any remaining stock. Fortunately, the relative simplicity of the basic design has ensured that air barges remain a status symbol. A number of well-maintained examples can still found exchanging hands between the wealthy and collectors on many secure or backwater planets, where the lack of weapons are little more than a minor inconvenience or where more advanced technology is harder to maintain. 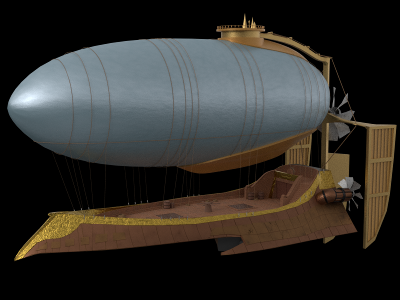 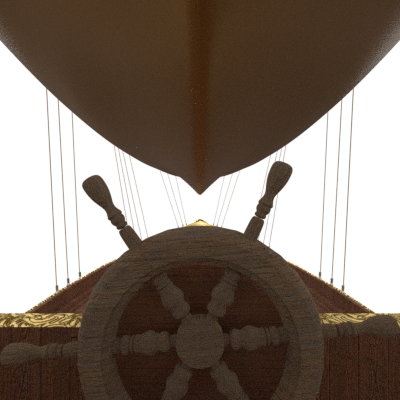