Originally designed by the Tagge Company as a mobile detention and crowd control vehicle for the Corporate Sector Authority, the JX40 Jailspeeder has proven popular with law enforcement and prison agencies across the galaxy. The vehicle can effectively fill a variety of roles including prison transport, riot control platform, and armored response vehicle.

The design incorporates a number of innovative features which have allowed the JX40 to compete with newer vehicles in its class to this day. All of the wagon's outer armor panels contain an embedded stun system that allows it to operate as a mobile barrier and discourages rescue attempts or vehicle take over. The outer hull is also equipped with steam jets, which can be employed as a non-lethal crowd dispersal tool. Additionally, the detention system enables two officers and two technicians to easily manage up to forty-five prisoners, each contained within an individual holding station. As the design continues to age, successful rescue attempts have become more common. This is due to some of the specialized systems that once made it so popular having fallen into disrepair, which is attributed to difficulty in maintaining and replacing components.

Though the JX40 has proven itself a highly capable vehicle, it is not without controversy. Some of the features which make the vehicle an effective law enforcement tool also lend themselves to political oppression. Its three concussion grenade launchers have been implicated in several incidents that resulted in the injury or death of non-violent protesters, and the steam jets have reportedly caused severe burns to civilians too close to the vehicle in unruly crowds. Despite the complaints of sentient rights groups, the JX40 remains in service with many police and military organizations where it functions either in its intended role or, with minor modifications, as a highly effective armed troop transport. 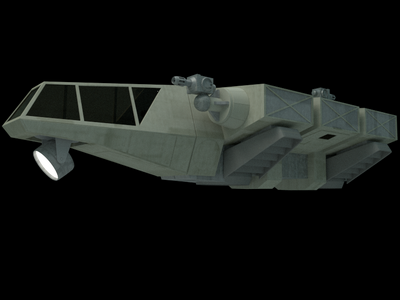