With the marine craft market mainly dominated by military ships and submarines, engineers from Haor Chall Engineering and Uukaablis Trans-Systems attending a conference on Malastare had an idea. They came up with a craft that could appeal to both the wealthy and average citizen of the galaxy, the Benetti B-68.

An ample passenger allotment was added to the craft, allowing the owner to hold small gatherings or for seafaring hunters to be joined by their armed retinue. This was combined with an above average maneuverability and moderate speed to allow the Benetti B-68 flexibility in navigating the dangers of oceans found across the galaxy. There is also a spacious two ton storage capacity for storing whatever may be needed while on board.

In Year 12, the Akheton Conglomerate purchased the ailing Haor Chall Engineering and rebranded it as Akheton Vehicle Corporation, also known as AVC. This gave them unlimited access to the blueprints of the marine craft. A few years later, Uukaablis Trans-Systems would dissolve and leave AVC as the sole provider for the Benetti B-68.

Wealthy citizens of the galaxy, who see the craft as more of a luxury yacht, often utilize it for private parties or small events to impress potential clients and partners. Tradesman and lower-class citizens from all across the galaxy have found additional uses for it, which range from hunting craft to a mobile home. The common sighting and popularity of these ships have led to one of the designers making the boast that "where there is an ocean, you will always find a Benetti B-68." 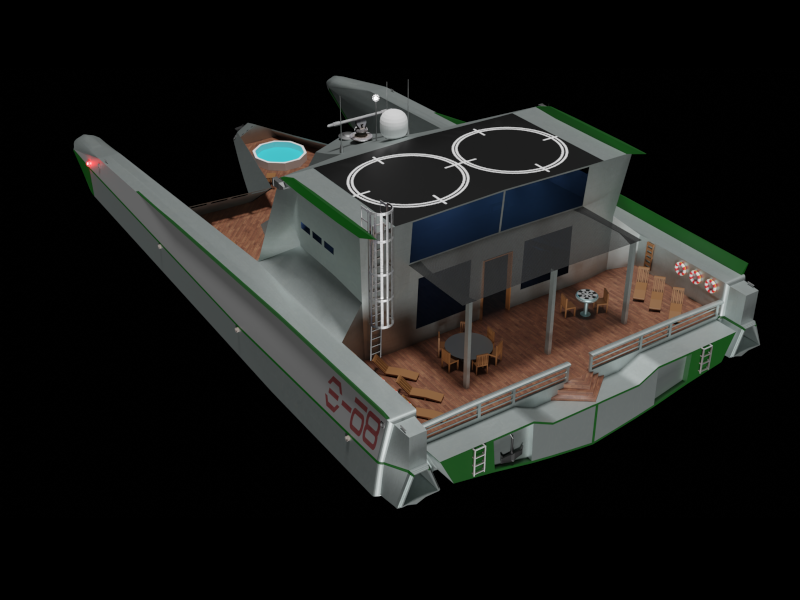