Asylums are guarded medical facilities specializing in mental and neurological health. Across the galaxy, they vary from being little more than unsanitary jails for those unable to care for themselves, to state-of-the-art hospitals dedicated to the treatment and rehabilitation of those suffering from phobias, depression, personality disorders, and complex psychosis.

Usually featuring a trauma ward equipped with the most essential armamentaria of a medical nature, asylums can have crude punishment rooms or grand suites of a therapeutic nature. What each asylum shares, however, is its security. Most facilities are made up of daunting edifices, walled or fenced-in grounds, guard posts, surveillance systems, and the occasional watchtower. Cells, padded rooms, isolated hallways, and recreational lounge areas tend to round out the most common features in use. Because of the sensitive and sometimes dangerous state of their patients, few visitors are allowed and patients are not able to refuse care or medication. 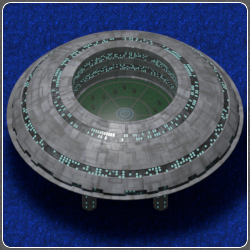