Alazhi farms are seen throughout the galaxy among the jungles and forests of hundreds of planetary surfaces. Each farm is specifically designed to house and maintain massive colonies of xoorzi fungus, a unique organism that is known to be the only host for growing alazhi bacterium, the major component of the healing substance broadly known as bacta.

These farms are highly selective in their location because of the many factors involved in the cultivation of xoorzi. The terrain must be analyzed before the farms are built and the fungus imported and transplanted. Due to the fragility of the xoorzi, all locations must adhere to one strict criterion: the planet cannot have major tectonic movement. Even the smallest of disturbances will cause the xoorzi to wilt, thus starving and endangering the population of alazhi bacteria.Although each farm needs to adhere to the same standards galaxy-wide, no two farms are exactly the same in design. Each farm is designed to maintain and interchange various systems needed to create the atmosphere desired by both the alazhi and xoorzi.After a period of time, typically a galactic standard week, the population of alazhi bacteria is harvested from the xoorzi fungus. The alazhi is then crated and transported to a bacta refinery, where the alazhi bacteria is purified and other natural and synthetic additives are combined to provide the coveted bacta.
« Back To Top 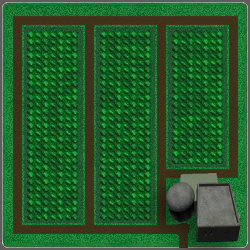 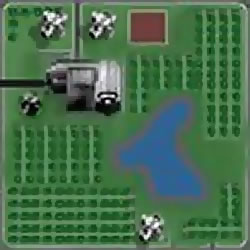