The TX-130 Saber-class Tank, often simply called the Saber Tank or the TX-130, was a light infantry support tank originally designed and produced by Rothana Heavy Engineering. It was created to be a nimble and versatile support repulsor tank as a counter to the larger and more heavily armed ATT during the era of the Clone Wars, as well as being equipped to target infantry and ground units. In its prime, the TX-130 was sometimes compared to a starfighter in terms of maneuverability and multi-role functionality.

The Saber Tank is equipped with twin fire-linked medium laser cannons mounted to the forward hull and a more versatile light blaster turret mounted to the dorsal gunner’s seat. In order to conserve mass, the Saber Tank has lighter armor than some of its competitors, utilizing a lightweight ablative alloy plating instead of durasteel. Inside, the TX-130 has reinforced transparisteel viewports with thick armored shutters that could be opened for greater visibility or closed to protect the pilot. In the cockpit was the pilot’s seat, with redundant weapon’s systems controls along with the steering assembly, and immediately behind was the gunner's chair, where all three of the tank’s armaments could be managed simultaneously if need be. Two small, internal cargo ports on either side allow weapons or emergency rations to be stored in case the tank was disabled and the crew stranded.

After the Clone Wars, Saber Tank production declined, being outclassed by newer models of combat tanks. While many Republic-era vehicles remain in circulation, they are beginning to show their age. After Rothana Heavy Engineering stopped producing the TX-130, the Rebel Alliance saw the tank's promise and reverse engineered a slightly smaller version of the TX-130, sacrificing some of the speed and shielding that it's clone wars counterpart had in order to keep manufacturing costs down. The Saber Tank is still hard to beat when it comes to versatility and is often also used by other modern military organizations, mercenaries, and hunting crews where flexibility is a must. 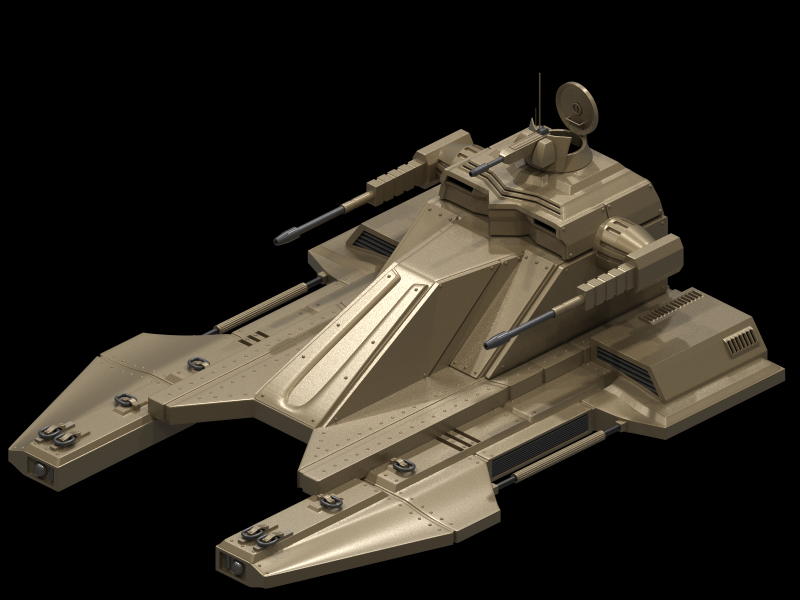