The MiniMag PTL Missile Launcher is the answer for the need of a light, accurate weapon against air-to-ground attacks. Splitting the tracking system between the launcher and the missile itself (with the launcher housing the target acquisition system, then transmitting the target's position to the missile's flight control system), this weapon turns out to be an accurate and inexpensive way of dealing with air-to-ground attacks.

The design team behind the MiniMag based their product on a widely used anti-tank launcher, switching the original tracking systems for a slower, yet much more efficient system. The missile itself was also modified and now houses a shaped charge which is lighter than the tandem charge used in the base model, and an improved engine which allows for faster speeds and improved maneuverability.

Of course, with the low cost there are also disadvantages. The launcher only carries two missiles. This issue is solved by assigning multiple launchers for each squad. The reloading process is complex and lengthy, and the slow target acquisition process requires the gunner to aim the weapon carefully, making this weapon difficult to use for an untrained soldier. 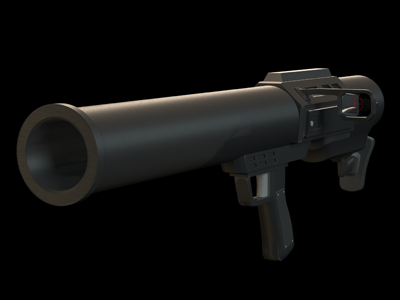