The Nexu is a large predatory feline, indigenous to the cool forests of Cholganna's northern hemisphere. The average specimen stands at a meter tall, and weighs in at over 200 kilograms. Most measure over 4.5 meters long, if their bifurcated tail is taken into consideration. Nexus are built for hunting and climbing, with large razor-sharp claws on each of their four limbs, and a prehensile tail used to swing from branch to branch in their densely forested home. Several quills protrude from their back along the spine, and their heads are relatively large to accommodate their wide, fanged mouths. Nexus have four eyes, two which see in the traditional spectrum, and another pair which are used to view in the infrared wavelength. Most breeds are born pure white and develop a striped coat as they mature, though a rare variety of stealthy black nexu is known to exist.

Nexus are agile hunters, with lightning quick reflexes and well-refined predatory instincts. In the wild, they spend most of their time swinging through the treetops in search of bark rats or arboreal octopi, their preferred prey. When a meal is spotted, the hunter runs them down and strikes swiftly, weakening the opponent and then grasping their head in its wide mouth and thrashing to break the neck. Though capable of extremely quick movements when striking, they are known to tire easily in prolonged fights.

Despite their ferocity, Nexus can be found far from their homeworld as exotic pets or watch-beasts. Many would-be beast trainers discover that the creature is too aggressive and too easily irritated to be easily tamed for guard duty. As a result, most Nexus in captivity are kept wild and used in arena battles where their wicked temperament is appreciated and even encouraged. 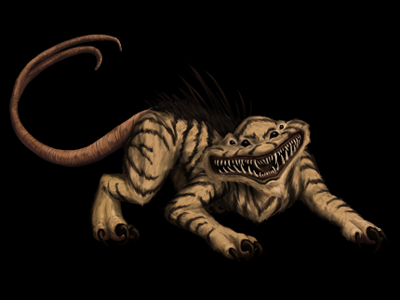 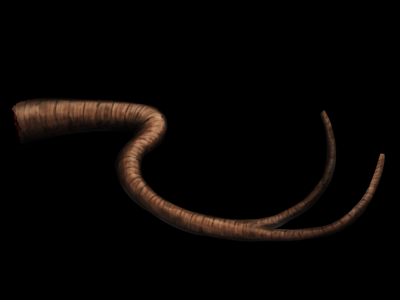