Starweirds are a galactic mystery, appearing to be sentient and even able to understand advanced technology. However, they possess no technology of their own and do not appear to communicate in any detectable language. Long believed to be nothing more than spacer fables, the open vacuum appears to be their native habitat, where they travel by unknown means. Even within gravity, they float above decks the way a speeder hovers over the ground.

Starweirds appear thin and pale, with limbs that are long and bony. Essentially humanoid, their single-toed feet and three-fingered hands are viciously clawed, and their long white hair floats in the air as if the Starweird were underwater. Observers have reported that Starweird's faces had an eerie similarity to their own, and the eyes appeared to glow. The grim appearance is memorable, and those who have encountered these wraiths agree that Starweirds can scream telepathically and attack when they realize that they are being observed.

The physical properties of Starweirds are not fully understood, as they have the appearance of being solid but often behave as though they are not. Objects can pass through them, just as they can pass freely through any solid barricade. But energy barriers such as deflectors and ray shielding can contain them. Force devotees speculate that the wraiths are manifestations of the Dark Side, although there is no evidence to support this. However, Starweirds are known to be more hostile towards Force-sensitive individuals.

The shriek of the Starweird is said to resemble something like a cross between a small child and a panther, and can only be heard by the individual it is confronting. Legends claim that thinking about Starweirds attracts them to your location. Should you ever encounter one of these rare spectres, it is essential t [autosave] [timeout:idle] 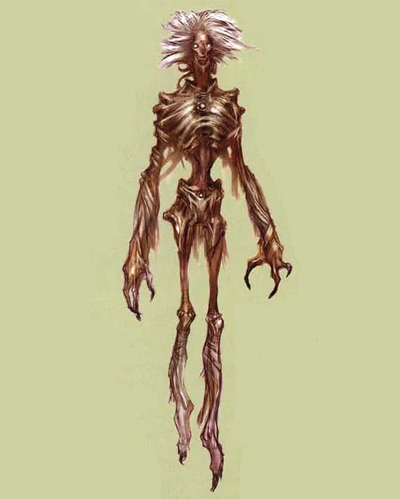