The BX-Series Commando Droid represents the most advanced soldier in the Separatist droid armies. The droid's design follows the bipedal, humanoid form of the B-1 battle droid, with skeletal limbs ending in large bifurcated digits, and an ovoid head containing two sensors resembling eyes. Unlike the B-1, the Commando Droid was constructed out of much lighter and hardier alloys. This, along with its advanced gyroscopic stabilizers and reinforced joints, made it quicker and more agile than the standard battle droid, and even some sentient soldiers. The BX was programmed for infiltration, assassination, and guarding the Separatist's most valuable commanders and benefactors. It displayed mastery of many different blasters, melee weapons, and explosives, and proved to be a match for ARC troopers and Jedi alike. Rather than being used en masse to swarm opponents, the BX Commandos were often dispatched in small groups on sensitive missions behind enemy lines. As such, its processors were highly adaptable and programmed with sophisticated analysis and problem-solving abilities.

BX-series droids, though feared galaxy-wide, are not nearly common as other battle droids of the era are today. Not only were they produced in much smaller numbers than their predecessors, but their advanced self-preservation protocols make the droid rather challenging to hunt. The exact number of functioning units is still a mystery, and sentients are advised to use caution if they encounter one. 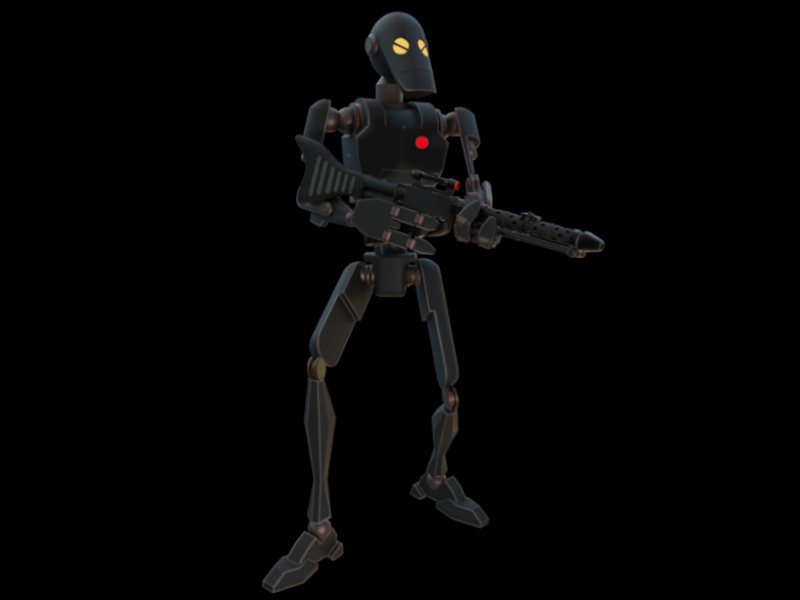