When Merr-Sonn originally designed the DD6 pistol, they were aiming at the growing market of independent spacers. These people have very little time to concentrate on weapons training, unlike their military counterparts. So they designed a weapon that could get an unskilled user out of trouble quickly. This meant that the people who bought it could spend their valuable time honing their starship and trading skills, but would still have a reliable weapon to count on if things went badly.

While not as powerful as its BlasTech competitor, the DD6 performed well enough to attract considerable market attention and is largely credited for igniting the corporate rivalry once known as the "blaster wars" between these venerable manufacturers. The resulting commercial arms race quickly rendered the DD6 obsolete, and its production was discontinued until more recent firms realized the pistol's value as a budget sidearm in a line of more reasonably priced products. 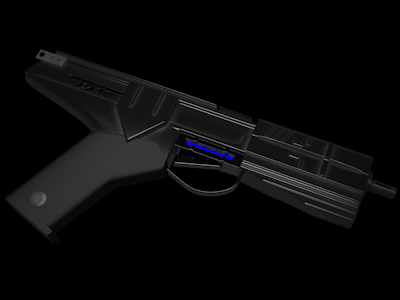