Introduced by SoroSuub in the waning years of the Galactic Republic, the ELG-3A "Diplomat" is celebrated as one of the finest sidearms ever produced. The original prototype was the Model Q2, developed by Merr-Sonn for the Royal House of Naboo. Seeking a more elegant and discreet holdout blaster than any of the models produced by Theed Arms, the Q2 offered elite nobility a stylish alternative that was sleek, powerful, and simple to conceal. SoroSuub took the concept a step further, elongating the barrel and adding a new focusing ring, which resulted in a weapon with improved range and intensity: the acclaimed model ELG-3A.

The Diplomat's unique pulse design yields an excellent rate of fire, and its graceful profile and smooth surface make the pistol quick to draw. The unguarded snap trigger activates a holographic gunsight when lightly squeezed but requires a strong pull to fire, helping to prevent accidental discharges. Due to its potency and ease of concealment, the patents were seized by the emerging Galactic Empire, which debated outlawing the weapon altogether until it was optioned by the allied Mandalorians in Year 5 CGT. MandalTech continues to produce the ELG-3A with the classic chrome finish and figured hardwood handles, but sale to the public is strictly regulated. 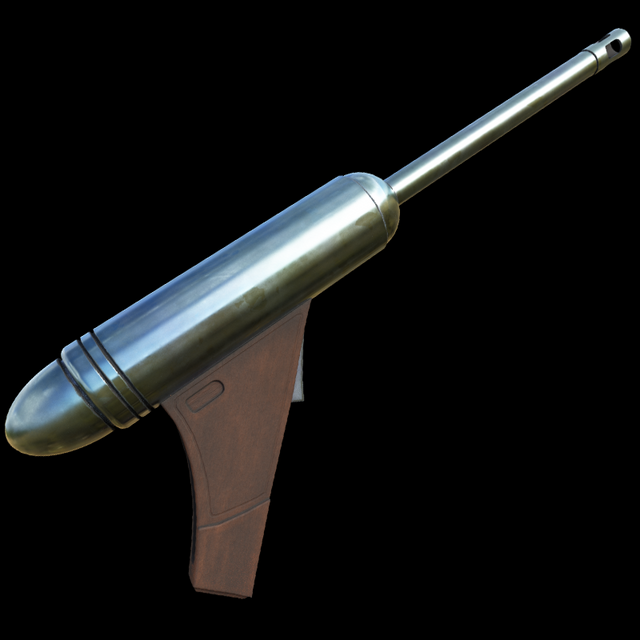