The battle axe is an ancient, brutally efficient weapon found throughout the galaxy. The relative ease of its construction, maintenance, and usage quickly attracts any would-be melee fighter. Devised of two basic elements, a haft and a sharpened, wedge shaped head, the weapon can be produced by even the most primitive of cultures. The haft's length allows it to act as a lever to increase the force applied at the cutting edge, creating deeper, more severe wounds. Though easy enough to chop wood with, the battle axe is a two-handed weapon that requires some skill and strength to use efficiently in battle.

The haft of the battle axe can be made out of almost any material, be it wood, metal or even some stronger forms of plastic. The axe head, on the other hand, needs to be constructed of a harder material, typically metal, and then sharpened so that the entire force of an axe swing is concentrated on as thin an area as possible, allowing for maximum penetration. Unless the material quality is exceedingly poor, a battle axe will last through many conflicts, but some maintenance is always necessary to maintain the sharpness of its head, which tends to dull with use. The act of sharpening an axe head is said to be mildly relaxing for the person sharpening, but tends to awaken some primeval flutters of fear in anyone viewing the act.

Even though the battle axe was once the weapon of choice for soldiers, it is now considered a weapon of last resort. Modern armies utilize more advanced projectile weaponry, leaving the battle axe in the hands of underfunded militia groups on backwater worlds and the weapon is likely to draw attention on the streets of most cities. 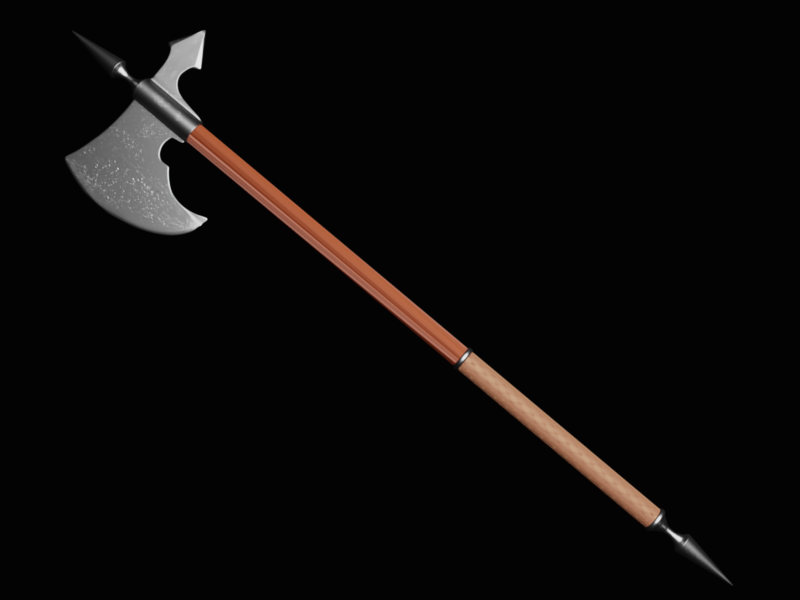