The thermal bomb is the final word in portable explosives. The detonation of this devastating device can wreak havoc in any environment from the interior of a facility to the bowels of a capital vessel.

This superlative destructive power goes beyond the mere blast. On detonation, the bomb causes an intense atmospheric overpressure, thus creating a searing shock wave of air which is superheated to thousands of degrees. The rapidly expanding fireball then voraciously draws in available oxygen with such force that it has been known to collapse small structures in on themselves and to pull troops off their feet, drawing them into the deadly conflagration.

Deep underground and on board capital vessels the thermal bomb has come to be feared for another reason. Constricted by caves or corridors, not only is the overpressure wave more deadly, but the fiery core of the explosion has such an appetite for oxygen that it has proven capable of stripping ship decks or cave systems of breathable air. Deprived of oxygen those that survive the initial blast in these environments are often subject to death by asphyxiation.

It is unlikely that the long set up time or the expertise required to effectively set this harbinger of doom serves as any consolation to those who are encompassed by its fiery embrace. 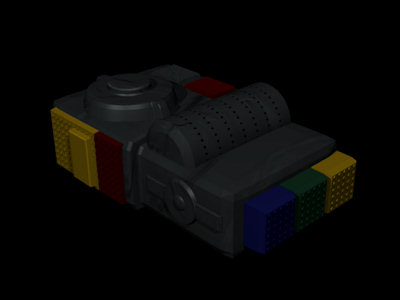