Often considered one of the more precise explosives employed throughout the galaxy, the Alpha Plus Charge has seen extensive use in situations where controlled demolitions are required but needn't contain the same amounts of raw power found in many of the more esoteric explosives. One common use for the Alpha Plus is to remove stone and rock encrustations from precious raw materials in confining mine shafts.

Because the Alpha Plus Charge is so frequently used in mining, it is readily available on all but the most backwater planets. Acquiring a single charge, or even fifty, tends not to cause anyone to question the purchaser's intention for the device, which serves to make it more appealing to those bent on using it towards less-than-virtuous ends.

Also available in partial strengths, such as the quarter and half charge, the Alpha Plus Charge is a long-time favourite amongst saboteurs and assassins. Its easily controlled demolition power lends itself to blowing the doors off buildings or the floors out of sky cars at opportune moments, and it leaves little evidence behind as much of its detonator and other components are consumed in the blast. Additionally, because it is available in nearly every system in the galaxy, tracing any residue remaining back to a particular manufacturer is impossible. 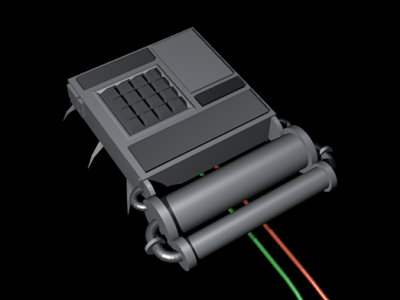