Developed for use by battlefield engineers and demolitions experts, the sapper charge is rugged and relatively easy to use. Built on an efficient, shaped charge design, the sapper charge can produce extremely focused and destructive, yet largely mono-directional, explosive effects. Its deadly blast has seen the sapper charge pressed into service in a multitude of environments to fulfil a range of roles.

In the hands of combat engineers the sapper charge has proven capable of breaching many facility walls, opening up an alternative point of entry for assault teams. Utilised against vehicles the sapper charge can function to create an explosively formed projectile, a spear of molten metal capable of slicing through almost any armour. However, due to the high risks involved, it is unlikely that many soldiers would get near enough to a tank or walker to place a charge on it.

The ease of use, versatility, quick set-up time and the overall effectiveness of this classic design has secured it a place on almost every battlefield. It has proven so reliable that the device has even made its way into space, in the hands of marines and boarding parties. Faced with reinforced bulkheads or components protected by heavy durasteel plating, marines have found the sapper charge appropriate for creating breaches when the venerable blaststick is simply insufficient. 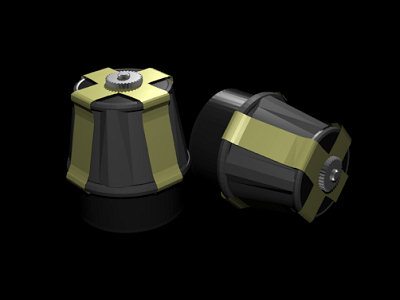