The EE-3 Blaster Carbine was initially designed by BlasTech Industries near the end of the Clone Wars to be a civilian version of the Grand Army's E-10 blaster. Although its intended sales demographic was law-enforcement and private security, the blaster's reliability, affordability, and ease of use have led it to be issued by many militaries throughout the galaxy, as well as earning the blaster a following in the bounty hunter community. As its popularity grew, several manufacturers began producing nearly identical iterations of the weapon.

Consisting of a short, heavily-insulated barrel, pistol grip and stock, and a simple optical sight, the EE-3 is a lightweight, rugged weapon. Its shorter length does affect its range, leaving it squarely in the medium-range category. Despite this making it less useful for combat with long lines of sight, it does incredibly well in most settled areas. Equipped with a fire selector, the safety switch can be set to a single-fire or burst setting. The incredible popularity of the EE-3 has led to a wide range of customizations and can be found with removable stocks, optics upgrades, exchangeable barrels, etc. A wide range of kits can be found from a variety of after-market suppliers. 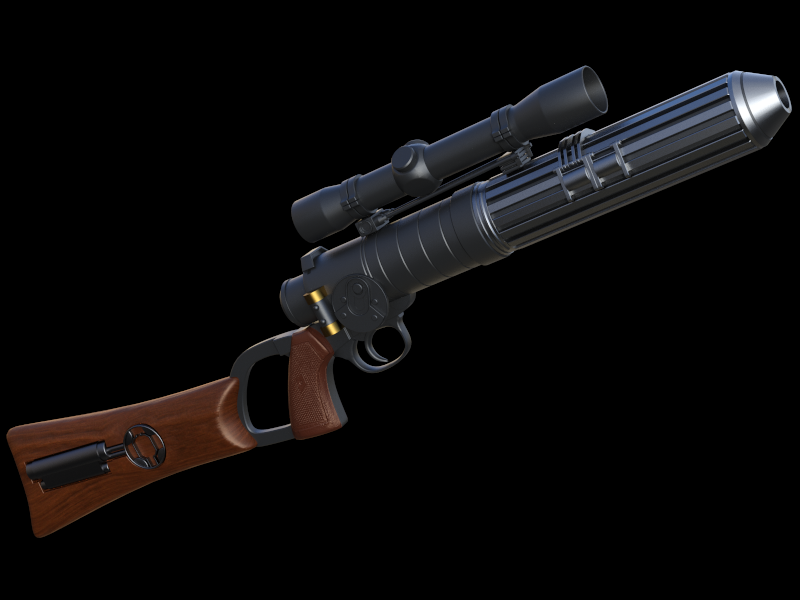