The Bryar pistol was developed as a modification to the Bryar rifle shortly after its release onto the market by BlasTech. Deciding to follow up on the Bryar rifle’s unexpected success, Blastech developed the means to convert the Bryar rifle into a pistol, and not long after the pistol hit the market. Like its predecessor, it experienced widespread commercial success.

The Bryar pistol has little functional difference from the rifle; the weapon’s primary changes are the lack of a stock and a shorter barrel. The pistol itself has a slightly lower range than the rifle due to the shorter barrel, although it is capable of striking harder as the distance between the shooter and the target decreases. The Bryar pistol weighs around the same as other weapons in the class, yet is wide and somewhat bulky due to it effectively being a cut-down rifle.

Much like the Bryar rifle, the Bryar pistol is popular among civilian and paramilitary groups due to its cost effectiveness and ease of use. The pistol, however, is more common among thugs, pirates, and other criminals. While not as powerful as other weapons in the class, the availability of the Bryar pistol has led to its popularization among smaller criminal gangs without the means or income to acquire more serious hardware. 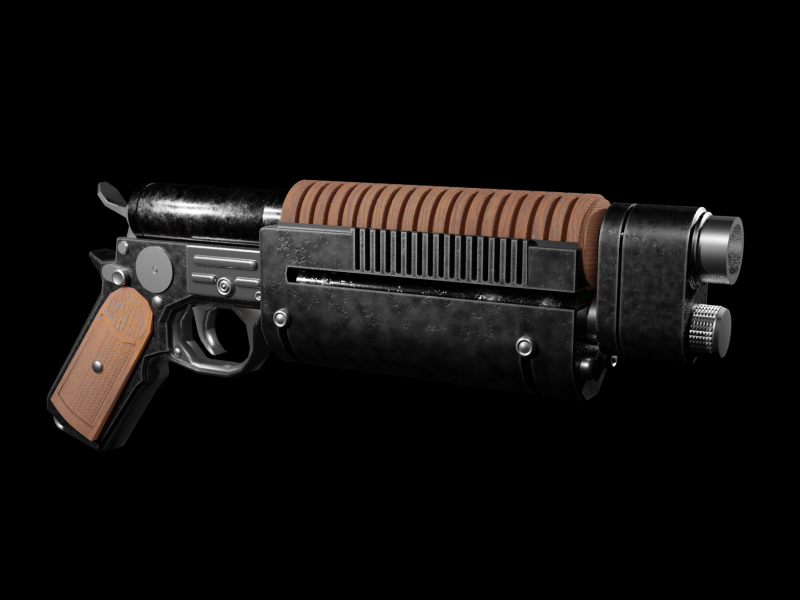