The AXM-50 is one of the oldest blaster designs still in use today, with some particularly dated examples having been produced centuries ago. Designed by Prax Arms for the civilian market, the AXM-50 was considered ahead of its time and became an instantly popular weapon. Though now obsolete by modern standards, there are still many places where the ubiquitous rifle can be found.

The design heavily emphasizes reliability and ease of maintenance and is relatively compact. The method used to achieve these design principles, however, resulted in the AXM-50 being an extremely heavy rifle. In addition to the rifle’s weight, its blocky design means the rifle has poor ergonomics and handling. The AXM-50 was considered a powerful rifle at the time of its release onto the market, necessitating the use of a large barrel shroud to disperse heat. Today, however, the rifle is considered underpowered.

While never fielded as a weapon by government forces, the AXM-50 has stood the test of time in the civilian market. The rifle became common among individual citizens, village militia groups, and settlers on the galaxy’s frontiers. While its drawbacks are unacceptable in a military context, they are less of a concern to civilians. It is still produced in large numbers today and remains in circulation all across the galaxy. 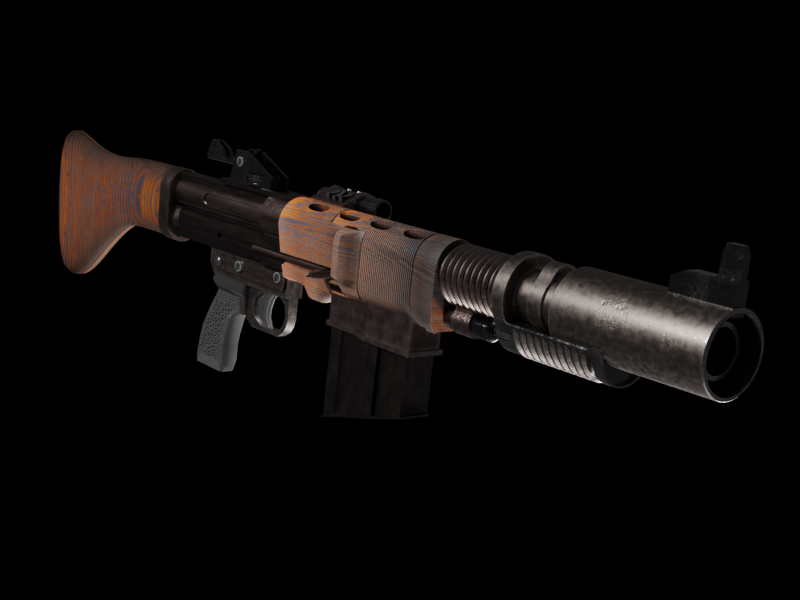