The HK-series protocol droid was first produced during the days of the Galactic Republic as an assassin droid designed to disguise itself as a regular protocol droid. Manufactured by Czerka Corperation, it quickly became the most infamous of the company's numerous financial failures. This was partially due to programming issues in the original software, which gave the droid a tendency to rebel and disobey orders. As a result, HK droids, originally known as Hunter Killers, were known to frequently attempt to assassinate their masters, instead of their targets. Another glaring issue that Czerka management did not take into account, and that ultimately was the main reason for the droid's commercial failure, was that the common folk of the galaxy didn't need an assassin droid, never mind one that was known to have rebellious tendencies and a general disdain for organic lifeforms. Scrapping the droid's original design and programming, Czerka Corperation developed a pacifist module that would strip the droid of its assassination protocols and minimise the rebellious personality to make the droid easier to control and more appealing for widespread use. The result of these modifications was the HK-series protocol droid.

Thanks to the pacifist module, the HK-series protocol droid has been stripped of all of its lethality; the vast majority of droids underwent the conversion and it is considered nigh impossible to find one with the original programming installed. While the original models were frequently used by nefarious groups and individuals, disreputable politicians and dark side adepts to eliminate influential enemies, consumers can now only use them as extremely outdated and eccentric protocol droids. The pacifist module didn't completely remove the old personality; the droid still has a strange tendency to discuss murdering sentients, including the droid's owner, while continuously referring to them using the pejorative "meatbags". As a result of these idiosyncrasies, extreme caution is advised when dealing with them; the droids' wording choices makes it difficult to know if the pacifist module is installed and still functioning correctly.

Today, surviving HK-series protocol droids are highly sought after by collectors due to the model's unique and significant impact on galactic history. Variants of this model were rumoured to have initiated the Great Droid Revolution on Coruscant prior to the installation of the pacifist module, while one droid is said to have played a large role in the Jedi Civil War. However, the exact nature of the HK droids' contribution to the events is uncertain due to lax historical documentation during the periods in question. 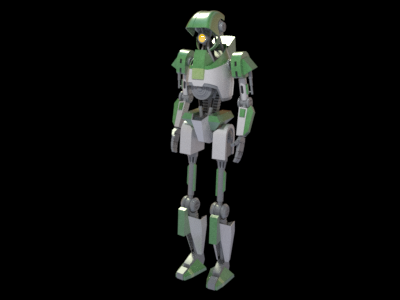