The Hologlide J57 Cam Droid was originally designed and engineered at the request of sporting organizations across the galaxy. They required an easy to use, flexible, and mobile camera unit that could capture every stunning play, score, turn, and crash. The Hologlide droid far exceeded all expectations, leading to widespread application in every arena worth media attention. From raucous podraces, political summits, planetary wars, and scientific discoveries, the Hologlide is arguably the most reliable droid for the job.

The Hologlide chassis is built around a triple lens recording array, giving it unparalleled flexibility with wide-angle, telephoto, and 3D holo-recorders. The droid core programming is capable of deciding which of the high quality lenses available would best capture its subject while the remaining recorders take establishing shots, bystander responses, or supplemental footage. Additionally, the programming supports the linking of multiple units to create an interactive network of imaging. The central dome housing contains all communication and transmission equipment, primary and redundant storage devices, and computing centers. Twin repulsorlift wings give the Hologlide remarkable stability, speed, and maneuverability.

The Hologlide has also seen a recent rise in personal and home security use. The Hologlide offers a cheaper alternative to purchasing a genuine security droid or installing a network of stationary security holo-recroders. With an upgrade to the core programming the Hologlide can easily be pressed into service tirelessly patrolling a designated area. Despite the limited security uses of the Hologlide, by and far the most prominent use is for media. Though newer droid models have since replaced the Hologlide in certain upscale organizations, it still sees frequent use due to the quality craftsmanship and versatility of the unit. 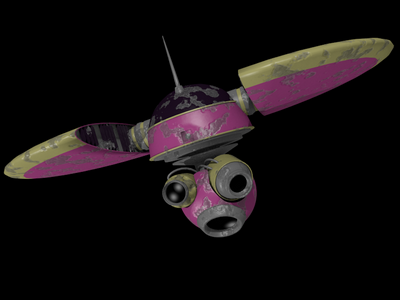