The market for military droids crashed after the Clone Wars. Inhabitants of systems ravaged by war were not eager to trust the same technology that had devastated their worlds. Personal ownership of battle droids was banned in some systems, and across the galaxy investors were reluctant to back the industry as they had in the past. Legions of deactivated droids and parts scavenged from battlefields after the war's conclusion had also flooded the market, so that there was little money to be made even by those willing to buy or sell. The KX- series changed all that. Despite not being programmed with the standard droid restriction against harming life, the KX-series was successfully marketed by being labeled as "security droids". Though their initial introduction to the galaxy was marked with unease, this loophole allowed the droids to be publicly integrated into various militaries and personal defense forces without too much public backlash. Their significant contributions as sentries, guards, and enforcers quickly made their popularity skyrocket.

The KX-series is easily recognizable by their tall stature, exaggerated limbs, and eerie white photoreceptors. Despite their bulky torso which is reinforced for combat, they retain incredible mobility and athleticism, making them deadly foes when triggered. They are capable of general strategic analysis and basic combat, both unarmed and armed. They come equipped with a built in comm-package, recharge port, and a computer interface arm, allowing them to complete a wide array of tasks. They are also programmed to operate different tools and machines, they can carry equipment without becoming tired, and they have a basic mastery of many galactic languages and cultures. Despite their wide versatility and technical ability, the KX-series is not a common sight in the galaxy due to their high relative cost. They are also produced in smaller quantities than other comparable models to protect their value and keep them from being perceived as a military droids. The KX-series' programming is heavily encrypted to protect them from theft and repurposing, and sale of the droid is usually restricted to official organizations. The value of KX units continues to climb as conflict spreads across the galaxy. 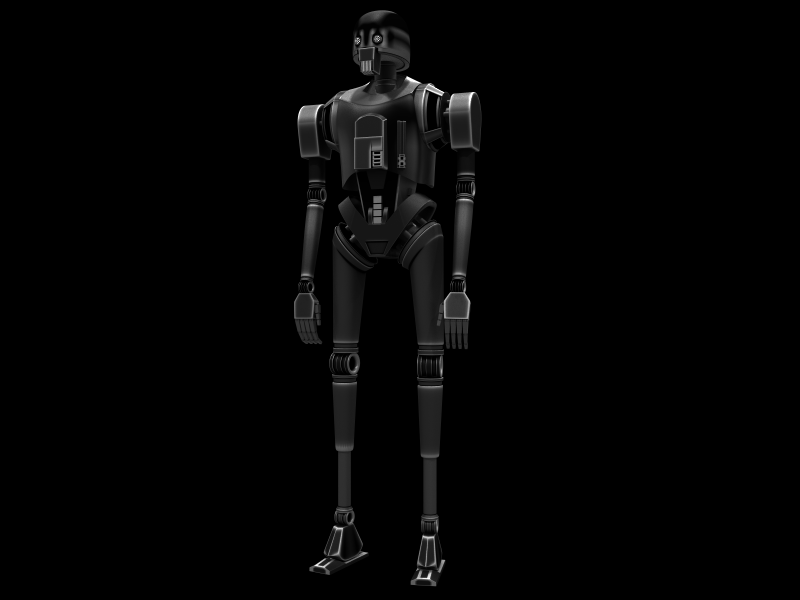