The Hawkbat is a reptavian species native to the planet Coruscant, one of the few spared extinction through the generations of excessive urban development. With a spike-studded wingspan of over one meter, razor sharp teeth, echolocation, and acute eyesight, these creatures are fearsome hunters. The preferred diet of the Hawkbat is usually a combination of granite slugs and shadowmoth larvae, but they will opportunistically feed on anything that they can find. Given the large flocks that Hawkbats tend to favor, even larger prey can be rendered defenseless, providing food for them and their young for a several days. This same flock mentality serves defensively, too, as to anger one Hawkbat is to anger many, often proving a deadly mistake to potential predators.

Hawkbats hatch from eggs like other reptiles and avians, often disguised by the parents to resemble rocks as a defense against predators. The mothers in particular are fiercely protective of their offspring even after hatching, despite the relative self-sufficiency of the young Hawkbats, often watching over them within the flock until they reach adulthood. Newly hatched Hawkbats are covered in green, leathery, scale-like skin instead of the various colors of purple, yellow, and gray witnessed in the adults. Lending to the reptilian portion of the reptavian classification, the young Hawkbats shed their scaled skin as they reach adulthood, taking on their more mature coloration.

The climate controlled and artificial nature of Coruscant, which is almost entirely covered by urban sprawl, means that there are no changes in the seasons throughout the year. Despite this, the Hawkbat has been observed to migrate through the lower levels of the planet on a cyclic basis, instinctively following the seasonal patterns of ancient Coruscant according to many biologists. Their dislike of cold weather is thought to be a part of their migratory nature, as when they venture above the duracrete canyons into the upper levels, they can often be seen roosting in heated vents, hanging on power cables or pipes.

In honor of this fearsome hunter, various groups such as pirates, mercenaries, or gangs have used the creature as inspiration for creating their symbols or naming conventions. Many sentients consider Hawkbat, particularly their eggs, to be a rare delicacy, especially given the difficulties of their domestication. More nobly, one of the classic lightsaber forms, Ataru, is also known as the "Way of the Hawkbat." 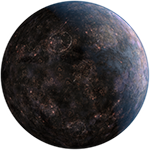 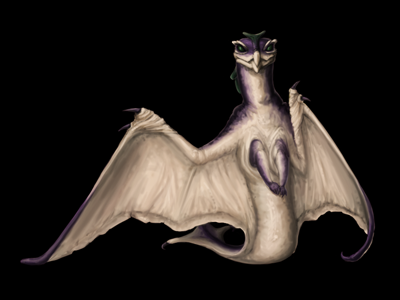 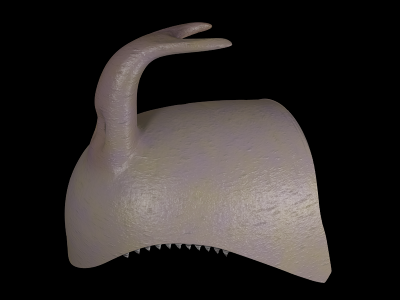