The Mynock is a hardy and resilient creature almost universally reviled as equal parts abhorrent pest and dangerous parasite. Partly due to its silicon-based biochemistry, the common Mynock, by far the most numerous of the various sub-species, is a perplexing lifeform. One of the more curious features of the species is the lack of significant major organs while still making use of specialized tissues to perform various functions. The resulting de-centralization allows Mynocks to reproduce asexually through mitosis simply by absorbing enough raw material to fuel the process. This highly efficient method of reproduction, combined with the ability to thrive in extreme environments such as the vacuum of space, helps explain how Mynocks have come to spread across the galaxy.

Though they are sometimes seen in massive swarms, Mynocks generally travel in smaller groups of a dozen or so. Their method of communication with one another is a trait that isn't fully understood by modern biologists. Although the parasite can produce an excruciatingly shrill squeal when in an atmosphere, the void of space does not foster contact through vocalization. Experts postulate that they may communicate using pheromones, possibly some form of telepathy, or even a collective consciousness.

Mynocks absorb electrical, electromagnetic, and stellar energy for sustenance using the large sucker that serves as a mouth, with two eyes atop short stalks on either side. Leathery wings allow the Mynock to achieve flight in an atmosphere, though a fatal allergy to helium has limited the number of planets populated by them. Most sub-species of the creature sport legs of one kind or another and a long tail, allowing them to grapple onto the hulls of spacecraft. Drawn to the energy emitted by these vessels, once attached, Mynocks will chew on the power cables as a source of food while disolving and absorbing hull plating. Specimens without access to other food sources occasionally enter the innards of gargantuan Space Slugs, where they gain the nutrients necessary to replicate by feeding from the slug's veins or intestines.

Due in large part to their tendency to damage starships, cripple hyperdrives, and even breach hulls, Mynocks are often regarded as an irritating plague more than a lifeform. Spacers consider them a nuisance, prompting many worlds to enact strict standards for Mynock removal prior to landing, as stowaway Mynocks have often spread to other systems aboard hyperspace capable ships. Some sentients even invoke the species' name when insulting others worthy of disdain and scorn. Nevertheless, some cultures have found uses for Mynocks as a food staple with proper preparation, and the Jedi of old labeled the third of the classic lightsaber forms the "Way of the Mynock" in recognition of the creature's skill at eluding danger. 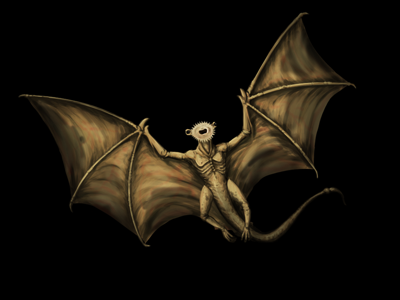 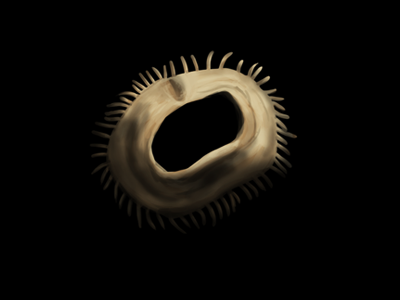