The class-IV recycling station offers a huge leap forward in recycling capabilities, coming in at around ten times the size of its predecessor. The modern exterior of the station is matched by the advanced technology and equipment of the interior, alongside a more streamlined reclamation process. This version of the station is even large enough to support the waste disposal needs of some of the most populated systems in the galaxy.

The most obvious addition to the class-IV is the open docking bay that comprises the entirety of the lower-levels, allowing for the processing of small capital ships without the additional need for wrecking. The fully automated, heavy duty fittings in the bay can reduce large entities to their base components in just a few hours. These components are then transferred upwards to the main section of the station via tractor beams to undergo final transformations into raw materials.

Two rings of recycling bays jut out above and below the central storage section, which offers unparalleled storage capabilities in comparison with the class-IV's predecessors. Each recycling ring is multilayered and connected to the central core via high speed rail-jets able to traverse horizontally as well as vertically. Along with the structural changes made to the design, increased automation of the recycling rigs has led to the improved efficiency of processes, without the major drawback of a large increase in labour. This has meant that the enlargement of the station's population is small in comparison to the size of the station.

Another boost to living on the station is the inclusion of habitation domes, with services and amenities comparable to those found on self-sustaining space colonies. These domes not only offer spacious accommodation for workers and family, but also luxurious executive suites located below the command deck. The new upgrades have led many to state that the IV-series recycling station is one of the most complete designs in the galaxy. 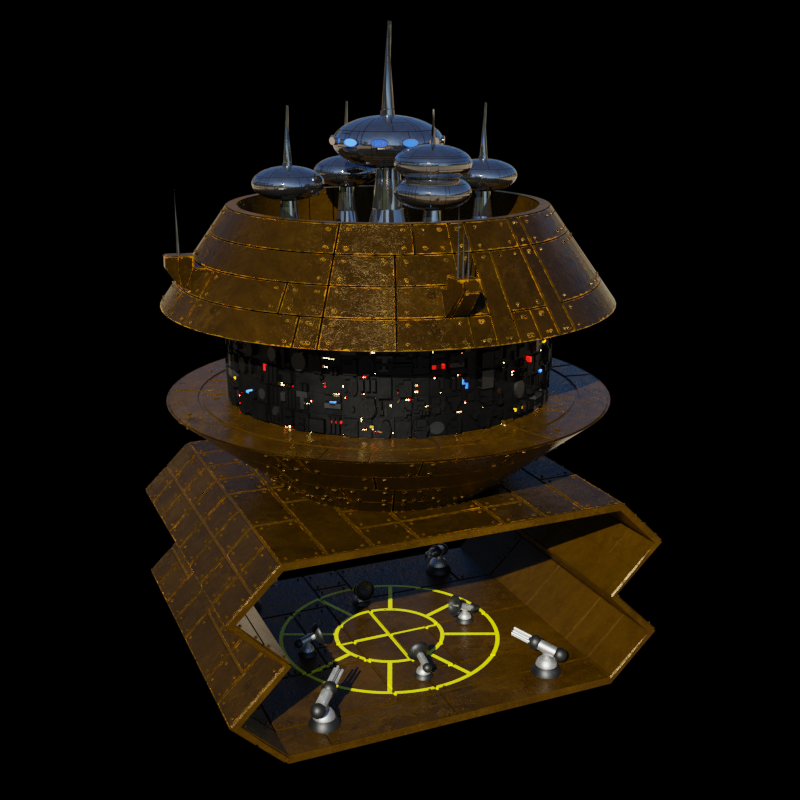