Long ago, research and development was carried out entirely on planetary surfaces, usually in dedicated Research Centres. It became obvious, however, that such facilities have a few drawbacks. While they are capable of supporting a great many research projects, due to their size and easy access to planetary infrastructure, Centres are difficult to hide, take up valuable planetary real estate, and cannot cheaply or easily replicate the hard vacuum and microgravity of space that are necessary for certain experiments. As a result, most early industrial design firms made the decision to begin moving research off planet surfaces to space stations. The R&D I Station was the first example of these efforts but, while it was somewhat effective, it was barely more than a prototype. Designs for larger stations were created to correct the problems found in the first generation, as well as to improve on its capabilities wherever possible and allow for long-term research projects to be carried out. The end result of these efforts is the R&D II station.

The basic structure of the R&D II is essentially identical to that of the R&D I station. It features a long compartment which houses most of the residential areas, a large central pod which contains most of the common areas, such as the dining hall and entertainment facilities, as well as the station's storage bays and the main life support and power systems, and a research ring which allows the internal gravity to be maintained by the rotation of the ring. The ring helps to isolate delicate experiments from the stray graviton waves generated by artificial gravity systems, as well as isolate the residential areas from any experiments gone wrong, using a complex series of blast doors and emergency ports that allow any explosions or accidental chemical or biological releases to be vented to the relative safety of space without risking the health of the station's personnel.

There are still significant differences between the R&D I and the improved R&D II station. One of the first problems observed with the R&D I station was its weak defense systems. While it was sufficiently armed to deal with small raids by space superiority fighters, any ship equipped with concussion missiles or proton torpedoes could sit safely outside the range of the station's lasers and attack the installation without risking return fire. The designers of the R&D II station attempted to remedy this problem by installing a single concussion missile launcher, as well as an additional four heavy lasers. While the improved armament still cannot hold off a determined assault, the concussion missile launcher protects the station from small enemy raiding parties and the occasional ambitious pirate vessel. If enemies see that the bombardment tactics previously so successful against the R&D I station no longer work, the additional lasers can help hold off enemies who move in for a close range attack. The designers also upgraded the shielding, armor, and ionic resistance by approximately twenty percent each, giving the station a much better chance of surviving until reinforcements arrive.

Another one of the major flaws found in the R&D I station was its low traffic control capacity. While the single tractor beam had been sufficient for most circumstances, a few stations suffered accidents when a ship or cargo container slipped out of the area covered by the lone tractor beam, or the tractor beam was obstructed in some way. The designers of the R&D II station mounted another tractor beam on the opposite end of the station to allow at least one beam to reach almost every area around the R&D II station, as well as allowing the beams to assist one another over most of that space.

The last major difference between the two stations is sheer size. The designers increased the maximum length of the R&D II station by two thirds over the previous version. In addition, they increased the volume of the station by just over a third and the tonnage capacity by nearly half. Much of the new space is used for additional residential quarters, allowing the station to house up to one hundred and fifty more residents than the R&D I station. The extra room also permits many more complex experiments to be conducted and allows for upgraded electrical, chemical, and information systems throughout the station. Unfortunately, though this higher quality system allows more intricate and time-intensive experiments to be conducted, the complexity of wiring equipment into the station's improved systems makes it uneconomical to conduct simpler and quicker research, leaving room for the R&D I station in the inventories of even the most powerful governments. 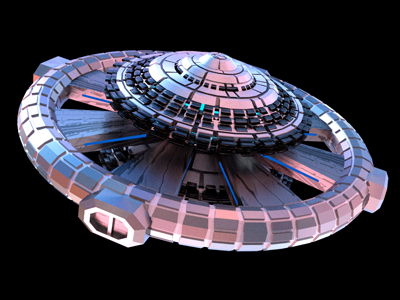