A luxury space colony caters to those with money to spend and is built around something rarely found in space: luxury. The station's engineering plans use many approaches to construct a sustainable colony and it is noticeably larger than most comparable stations designs. The station's engineers wanted to ensure that that the rooms were large, amenities fresh, and times fun. Occasionally, a colony is built as the ultimate gated community for the upper class of a planet. Other colonies will cater to rich spacers to develop a home and community where they can unwind. A few colonies are built as mansions for their one wealthy owner, with the colonists serving to make the stay as pleasant as possible.

Having a job aboard a luxury space colony is often fought over heavily planetside due to the promise of good food, high wages, and potential career advancements. However, to cater to the owners and customers, administrators often enforce strict standards and etiquette while easily replacing disobedient workers. In more than a few cultures, a luxury space colony is the setting of holovids on love transcending the barrier of wealth, as well as entertaining holodramas on the backstabbing and high-pressure environment for the workers. While the former is less true than depicted, the latter is often too true, often culminating in shattered dreams and a desolate ride back planetside.

Thanks to the luxuries, the stations serve the galaxy's elite in many places. Even in large government systems, powerful officers will quietly pull some strings to ensure one or two are always authorized for their use, especially in capital systems. The lack of weapons is also often solved by the backer, who usually funds the construction of a more powerful station nearby or establishes a permanent defense force. 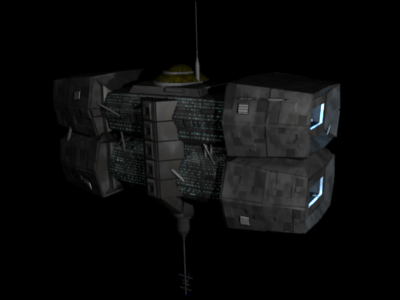